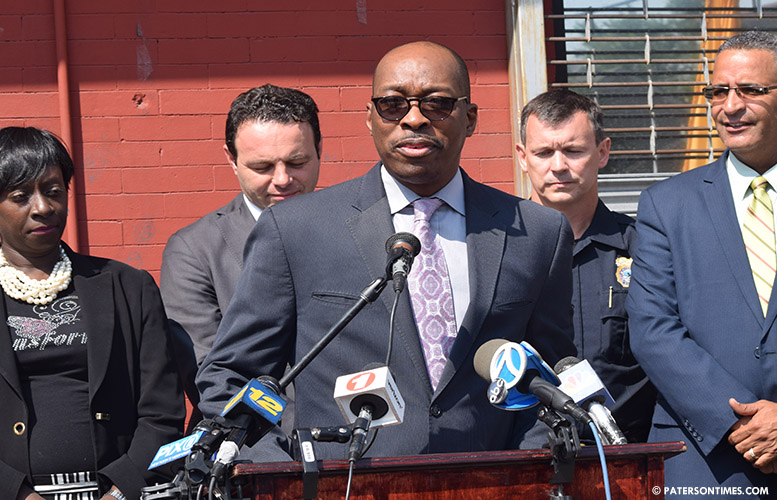 Pastor Kenneth Clayton has resigned from the Paterson Parking Authority board, preempting a controversy that had been brewing behind the scenes over his eligibility to serve.

Clayton, who serves as chaplain for the Paterson Police Department for a $2,000 stipend, is ineligible to serve because he is a city employee. New Jersey law bars municipal employees from serving on the Paterson Parking Authority board.

“My resignation was submitted to avoid any undue stress to the entity that could be used for political fodder. The PPA operates effectively and efficiently, and I refuse to play any role in the gamesmanship that is now happening with select city council members seeking to disparage the entity for their own gains,” said Clayton. “It has been my honor to serve with other committed Patersonians who like me want to see our city progress.”

“He made a decision of resigning to avoid any further chatter, and do what he loves to do, which is to counsel people, to help people along the way,” said Tony Perez, director of the Paterson Parking Authority.

Clayton has served on the Paterson Parking Authority board for more than a decade.

He was hired as chaplain on April 1, 2019. His eligibility to serve on the board is being questioned for just the two years he had been both chaplain and board member.

The eligibility question emerged after councilman Michael Jackson appointed David Gilmore, another city employee to the Paterson Parking Authority board. Gilmore could not serve because he works for the city.

Members of the City Council, relying on a questionable opinion from corporation counsel Farrah Irving, unanimously approved Gilmore’s appointment. They intend to rescind the appointment this week.

“What’s good for one has to be good for the other,” said Gilmore on Friday. He expressed appreciation for the appointment, stating the council “thought enough of me to approve it.”

Asked if matters Clayton voted on for two years could be challenged in court, Perez said, “I doubt it very much.”

Clayton, a well-known pastor who also serves as the president of the NAACP in Paterson, was appointed by former mayor Jose “Joey” Torres. His resignation saves mayor Andre Sayegh the difficult conversation and decision to undo the appointment.

“I lost two good men. I lost the Reverend and I lost the ability to work with David Gilmore, who is somebody that I have a lot of respect and admiration [for],” said Perez. “At the end of the day, the Parking Authority lost two good people that could have helped out significantly as we move forward with all of our projects.”