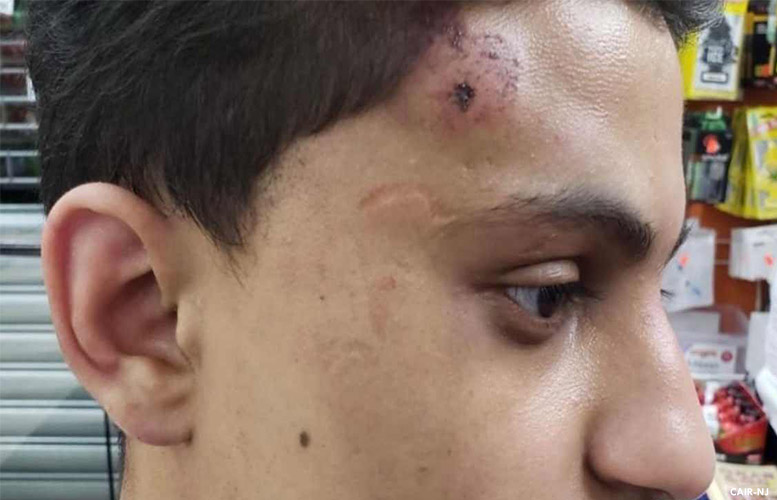 A video that went viral over the weekend shows a pair of police officers viciously punching a teenager during an encounter in mid-December. Video of the incident led to condemnation from civil rights organizations.

On December 14, 2020, at about 12:30 a.m. in the vicinity of 1245 Madison Avenue in Paterson, Alsidi is seen walking when an unmarked police vehicle pulls up. A pair of plainclothes police officers — with tactical vests and shirts that stated police on the back — get out of the vehicle and approach him.

Video of the incident made public over the weekend shows one officer repeatedly punching Alsidi. A second officer then joins and begins punching him as well. Both officers succeed in taking Alsidi to the ground.

The video sparked outrage over the weekend.

“The disturbing video shows two officers approach and beat the youth to the ground. The teen posed no visible threat to either officer and was not given an opportunity to comply with the officer’s orders — assuming any orders were even given. Instead, the teen was brutalized while two additional offices came to clear the area of witnesses,” said Selaedin Maksut, executive director for CAIR in New Jersey.

Maksut’s organization made public video of the incident from two months ago. He called for the firing of the two officers involved in the incident.

“I was disgusted,” said Zellie Thomas, a leader in the Black Lives Matter in Paterson, describing his reaction after seeing the video. “Why does it take for it to go viral for us to now fully investigate it?”

An incident report states police officers responded to report of a “suspicious person” in the area. The report states a male, Alsidi, approached the officers “screaming profanities and acting belligerent causing a disturbance.”

The report states the officers ignored Alsidi. Alsidi then got closer to the officers and got into an “aggressive fighting stance by blading his body and clutching his fist.” He then struck an officer with a closed fist in the chest, claims the police report, causing the officer to “stumble back.”

The police report states the officer then began to punch Alsidi. Alsidi then tried to grab the officer’s dispatch radio. The second officer placed Alsidi in a “compliance hold,” states the report.

“What’s in the officers report, in my opinion, does not match what we’ve seen in the video,” said attorney Diego Navas, who is representing Alsidi in a possible lawsuit against the city.

Another attorney is defending Alsidi against the criminal charges.

Public safety director Jerry Speziale did not respond to a call for comment for this story.

“There is an active investigation and the Prosecutor’s Office has been notified,” said mayor Andre Sayegh when reached for comments on Monday morning.

Navas said Alsidi suffered “significant injury to the head and face.” He sustained head injuries, bruising and abrasion, and a concussion. He needed treatment at the hospital after the incident, said the attorney.

Navas said four officers — Kevin Patino, Kendry Tineo, Bishnu McKnight, and Marcos Martinez — were involved in the incident. All four officers are relatively new to the police force. Patino, Tineo, and Martinez joined in 2017 and McKnight joined in 2019.

Before the part that’s captured on surveillance, Alsidi was outside of a store in the area. Officers engaged another person. Alsidi was walking away when officers began to follow him in car, said the attorney.

“I think it’s as bad as anything I’ve seen in terms of the officers’ conduct,” said Navas, who handled more than 20 police misconduct cases over the years. “Luckily, thank God, there’s a video.”

Video of the incident is below: