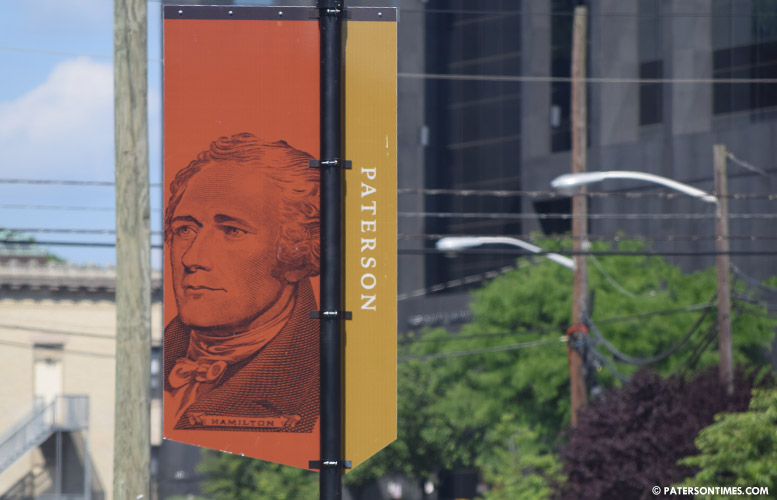 On average approximately 865 people die in Paterson every year. In 2020, Paterson saw 1,484 deaths from all causes, 71 percent higher than in a typical year, according to mortality data reported to the New Jersey Department of Health.

619 more people died in Paterson in 2020 than normal, suggesting the Covid-19 pandemic has claimed more lives than what is captured by the official death figure.

“The exact number of COVID-19 related deaths at this time may still be difficult to ascertain. At the Paterson Division of Health, we use cause of death information taken from death certificates,” said health officer Paul Persaud. 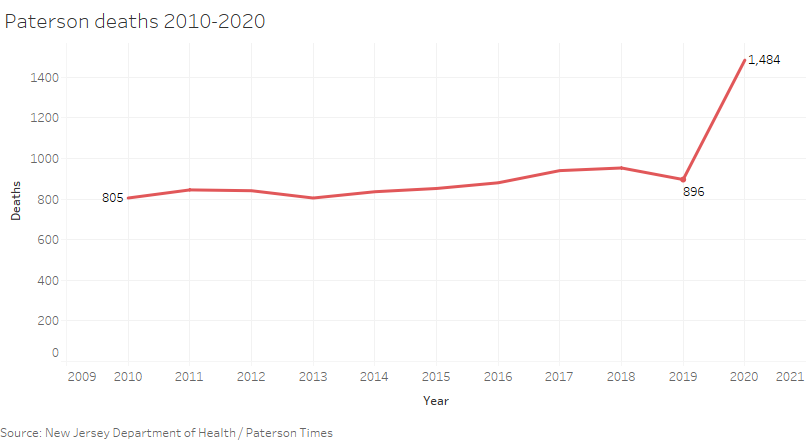 Paterson was hit hard by the pandemic. It’s home to roughly 150,000 people. It’s one of the most densely packed cities in America.

“We’re going to go based on what they are telling us officially. Even if it’s 500 that’s a lot of people,” said mayor Andre Sayegh.

Sayegh installed an exhibit in front of City Hall that recognizes each Covid-19 death in Paterson with a white bow.

During the first wave of the pandemic, first responders were seeing far more deaths while responding to service calls than ever before.

“It was palpable. We certainly didn’t see this during the flu,” said fire chief Brian McDermott, whose department also runs the ambulance service. “It felt to me like it was at least double of what we normally see.”

During the summer, McDermott said in public meetings, while officials were arguing over death figures, the tallies did not fully capture the devastation on the ground that his men and women were witnessing. He said agencies and hospitals were likely swamped at the time, delaying reporting.

“I would say now, they’re probably just caught up,” said the fire chief.