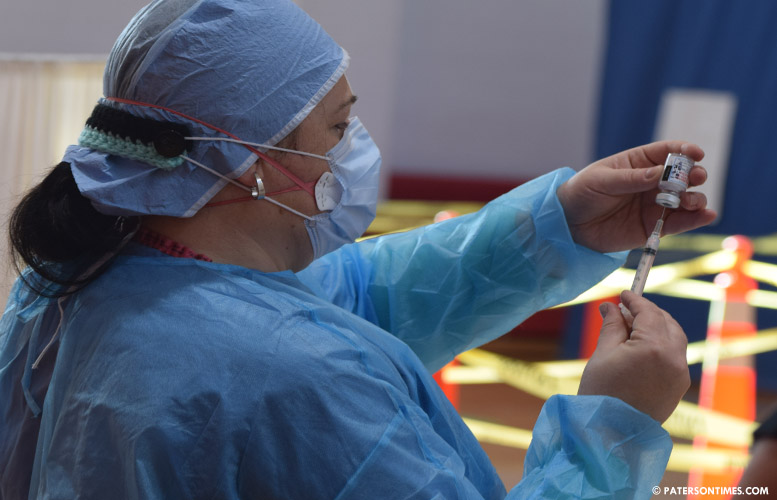 School officials have threatened to pull the district’s nurses and security staff who have been working with city health officials at the Covid-19 vaccination center run out of International High School over the past two months.

Officials from both the city and the district said at the heart of the dispute are two issues: liability and expenses being incurred by the district. School officials said presently the district is liable if someone gets hurt at the site.

“The district has no intention to stop making available its resources to the COVID-19 vaccination site at International High School at this time. But there are legal and financial issues that the district needs to resolve with the city,” said superintendent Eileen Shafer in a statement on Tuesday.

School board president Kenneth Simmons said both sides are expected to meet today to discuss the matter and try to reach an understanding.

“The biggest concern for the board is liability. We got to make sure we are protected,” said Simmons. Asked if anyone was injured at the site, Simmons replied in the negative. “Thank God nothing has happened.”

“We found out recently that the liability is 100% on us,” said school board member Corey Teague. “If anything goes wrong in there, we’re held 100% liable for it.”

“We incurred costs,” said Simmons. He said the district is incurring approximately $7,500 per day for the vaccination site.

It’s not clear how much expenses the district has incurred as a result of the vaccination site over the past two months. Municipal officials said nurses and security staff are working at the site during regular business hours. The district would have to pay them anyway.

Simmons said some staff, particularly security, have to arrive early at the vaccination site. He said the site has been open some Saturdays as well.

The school district is allowing St. Joseph’s University Medical Center to use the Hani Awadallah School for a community vaccination program. “St. Joe’s has a building use agreement, where they provide insurance to cover us for liability. We don’t have that for the city,” said Simmons.

Mayor Andre Sayegh did not directly address the dispute on Tuesday. He said, “We are in the middle of a public health crisis and we are doing our best to put an end to this pandemic.”

“I see where the district is coming from,” said Flavio Rivera, president of the City Council. He said both sides should have hammered out a shared services agreement prior to the opening of the vaccination site. “The ones that ultimately lose are the residents.”

Officials relied on an old memorandum of understanding that allowed the city to use the high school building in the event of an health emergency, according to officials.

“They are meeting today to finalize and make sure that the vaccine site does not close,” added councilman Al Abdelaziz, chairman of the health and human services committee. “I’m not worried, I’m more frustrated that this is where it has come to.”

Abdelaziz urged both sides to work together and resolve the dispute in order to avoid closure of the vaccination site.