On the way out, Paterson law director Irving slams council for lack of respect, complains about ‘juvenile antics’ | Paterson Times 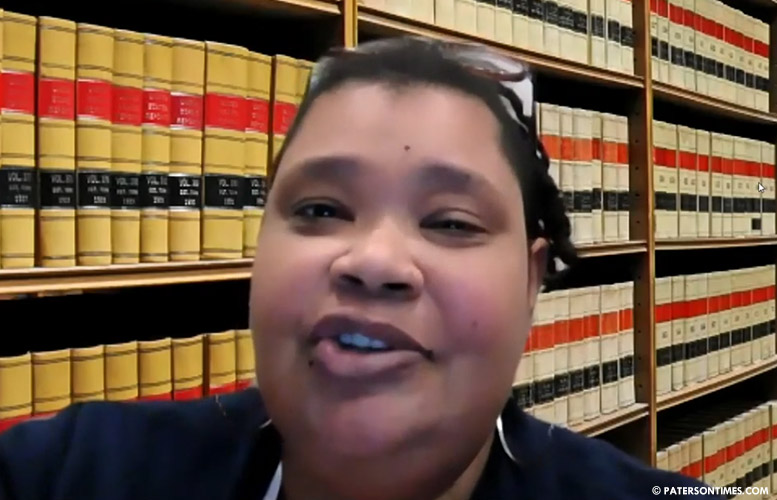 “In that time that I’ve been here, I’ve heard the word respect continuously touted whether we’re in this chamber or whether we were on Zoom or WebEx. And that word respect is not necessarily given to everyone equally. It is definitely not given to my colleagues and I equally,” said Irving addressing the City Council on Tuesday night. “For me, as an employee of this city, it has been difficult because my humanity and my dignity has been trampled on over and over and over again. And I will no longer tolerate that.”

Irving addressed the council near the end of its first in-person workshop meeting since the pandemic began. Previously, the governing body held its reorganization meeting at the council chambers in July.

Irving has had an uneasy relationship with the council and some of its volatile members. For example, in October 2019, majority of council members ignored her legal opinion that warned about a conflict of interest involving budgeting funds to hire legislative aides.

Last month, Irving found herself in a difficult position when she told council members they could appoint a municipal employee to the Paterson Parking Authority board. A law forbids employees from serving on authorities. Council members approved the appointment based on her opinion. They had to later rescind the appointment.

Sayegh brought her on to serve as law director in July 2019. She began working in August of that year. He hired her despite her having been reprimanded for violating four rules of professional conduct by the New Jersey Supreme Court. She was reprimanded for lack of candor to a tribunal; conduct involving dishonesty, fraud, deceit or misrepresentation; conduct prejudicial to the administration of justice; and failure to provide a contingent fee agreement, stating the method by which the fee is to be determined.

Irving also attacked the Paterson Times during her three-minute speech. She has been the subject of critical coverage in the Paterson Times soon after word emerged that Sayegh had intended to appoint her to serve as the city’s chief attorney.

“The mere insinuation that I sit in this seat because I am a political hire, or because I am unqualified is deplorable,” said Irving. She is the sister of former school board member Christopher Irving, who continues to wield influence in Paterson politics.

Irving told the council she was born and raised in Paterson. She also just bought a home in the Eastside, she said. “I’m going to be here for the long haul whether I sit in this seat or not,” she said.

She also accused unnamed actors of engaging in “juvenile antics.”

“I pray that the juvenile antics stop. Our city needs change — whoever is the juvenile. I’m not placing blame anywhere. But our city needs to be a city. We have so much promise here. And until we recognize the promise that lives in our city it is not going to get any better,” said Irving. “I know our city can be and will be better. But it will not be better based on what I’ve seen sitting behind this desk for the past 18 months.”

Some council members privately said the “juvenile antics” she is referring to lie with the administration.

Irving is leaving on March 12, she said.

Sayegh hasn’t publicly said who will be appointed as her replacement.