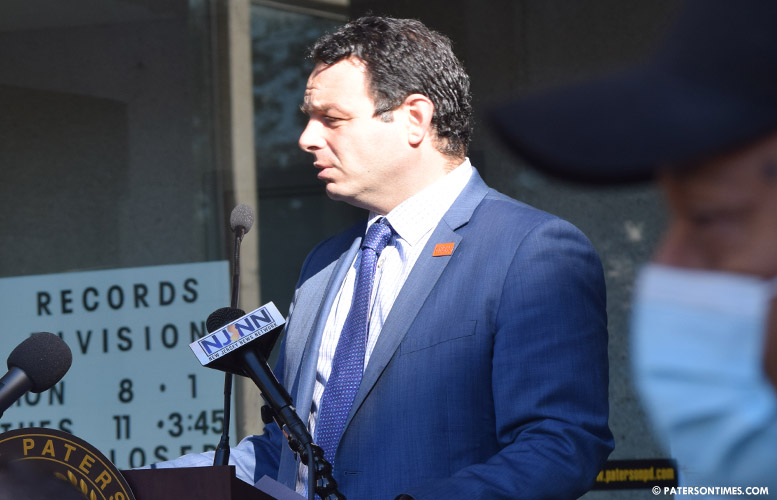 Mayor Andre Sayegh vetoed a measure on Friday that was passed by the City Council repealing his botched sewer reforms.

“We understand that our changes to the sewer system two years ago have impacted residents and business owners in different ways, but we believe the sewer utility and its billing system is based in the idea of equity,” said Sayegh. “It also places the City on strong financial footing by covering all of our sewer expenses with sewer bill revenue alone.”

Sayegh claimed the “ongoing billing issues” are “regularly addressed and solved.” And less than one percent of the total of 22,000 bills are affected. He also argued the city may have to raise taxes on homeowners by hundreds of dollars on an average home because of the repeal. Bond rating could also be negatively impacted, he claimed.

“The council spoke. The only way he will succeed is if he does what we’re asking him to do. We need a new billing method,” said council president Flavio Rivera. “We do have to vote against the veto if they don’t have anything for us. This is not about us against him. The action we took was an action for the people.”

Sayegh’s administration failed to correctly bill industrial properties, school buildings, and other government buildings. Residents, who complained about receiving incorrect bills based on water usage, were given the runaround.

Under Sayegh’s reforms, some property owners saw their sewer bills skyrocket by 100 percent or more. A laundry company threatened to sue Paterson because it was overbilled by $500,000, according to a legal notice filed with the city.

Sayegh inflicted further pain on property owners by over-billing sewer users to produce a surplus. The reforms created a sewer utility that was supposed to collect just enough fees to make the system self-liquidating not to build surpluses. He touted the surplus in his state of the city speech in January.

“He should realize it was not working and move forward with a real plan,” said councilman Luis Velez speaking of Sayegh. “What’s going to happen is it’s going to come back to us and we’re going to decide the same thing.”

The state has threatened to take back $2 million.

Council members gave Sayegh more than a year to address the problems with the sewer reforms. They argued he and his team failed to address the issues, forcing them to repeal the measures altogether.

Rivera said Sayegh’s team was “combative” and did not resolve the outstanding issues.

“We’re looking for the benefit of taxpayers and he is not doing that,” said Velez. “He has been challenged to do the right thing and veto is not the right way to do it.”

Sayegh has repeatedly told City Council members, whenever he finds his agenda under attack, he is trying to ostensibly work with them.

“I don’t see how this is going to improve the relationship,” said Rivera.

The council repealed the sewer reforms in a 7-2 vote. Sayegh will need to peel away two votes if he wants to succeed in blocking the repeal.

“I think there’s going to be a few council members that will change their position. It happens often. You see people flipping their votes all the time. So, his intent may be to veto it because he might have gained support from various council members,” said councilman Michael Jackson.

Council members will take a vote on whether to override the veto on Tuesday. A veto override requires a super majority or six votes.