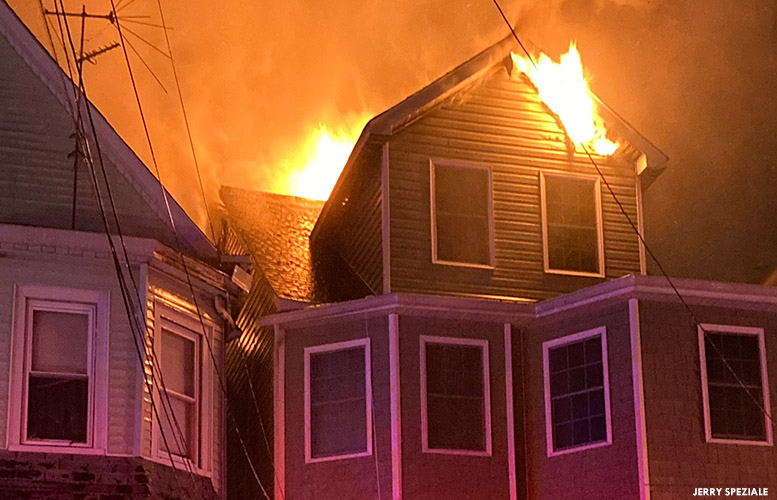 Firefighters saw heavy flames at the rear of the buildings. Fire came in at about 9:39 p.m., he said.

No injuries were reported, said Calamita.

“When we got there, we thought we were going to lose four or five houses,” said Calamita. But an aggressive fast response prevented further spread of the flames. He said fire companies from Passaic City and Clifton responded to the blaze.

Fire was under control at about 1:30 a.m., said the deputy chief. Displaced residents are being assisted by the American Red Cross. He said cause of the fire remains under investigation.