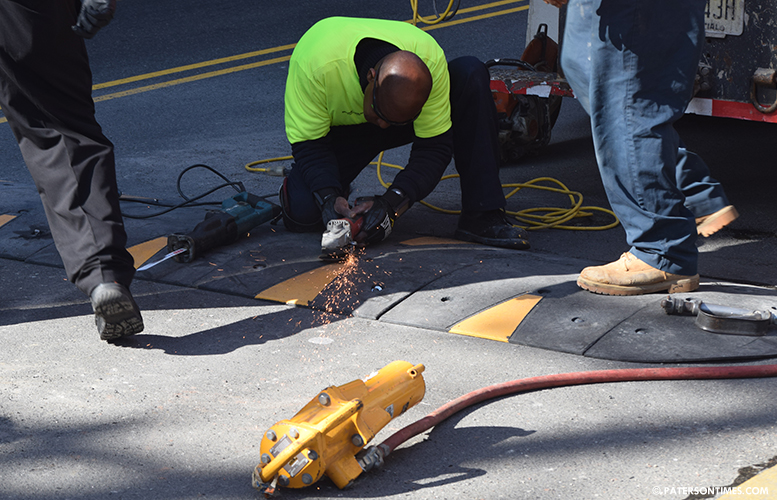 Hundreds of seniors living at the former Governor Paterson Towers will now feel safer crossing the street after the installation of a pair of speed humps on 20th Avenue.

“They were speeding here. Now they have to slow down,” said Bill Priestly, head of safety at the housing complex.

Priestly said every couple of years someone gets struck or grazed by a vehicle while crossing the roadway.

“Even when we press the button they don’t stop,” said Angel Garcia, 78, who lives at the complex.

Garcia is referring to flashing lights that come on when someone presses a button to cross the roadway. The city installed the device to improve pedestrian safety after complaints from seniors.

Garcia said he hopes the speed humps will make street crossing safer for seniors like him.

“I was asked to help,” said Tony Perez, director of the Paterson Parking Authority. He said his agency agreed to cover the cost for the speed humps.

After the city turned 21st Avenue into a one-way, the number of vehicles passing through 20th Avenue dramatically increased, said councilman Luis Velez.

Seniors protested turning 21st Avenue into a one-way, fearing it will increase the number of vehicles on 20th Avenue and make crossing the roadway a nightmare for them. They were promised poles that pedestrians can press before crossing, speed humps, improved road markings, and better signage.