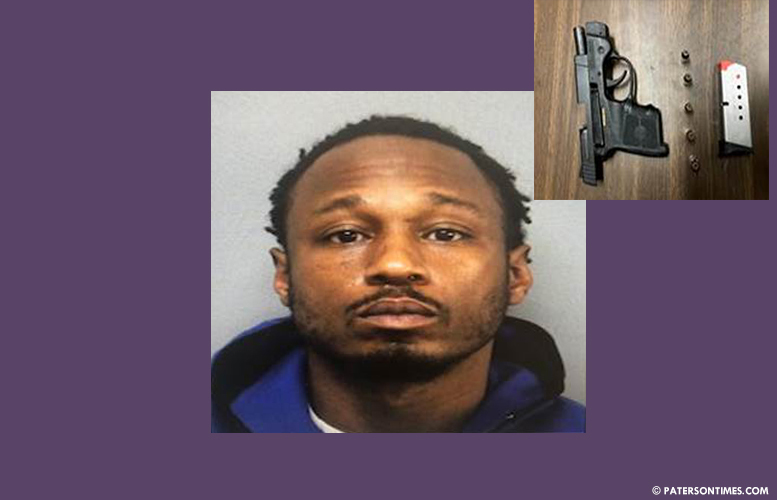 An armed man from Prospect Park was standing in middle of an intersection in Paterson early Sunday, according to Passaic County Sheriff Richard Berdnik.

Willie Evans, 42-year-old, was charged with three weapons offenses. He was observed standing in middle of the intersection of North Main and Clinton streets.

When he saw officers, Evans quickly turned away holding the outside of his left jacket pocket. He began to walk fast.

Evans was placed under arrest. He was patted down and found in possession of a Smith & Wesson Bodyguard 380 handgun loaded with hollow point bullets in his left jacket pocket.

Authorities seized the weapon and the five hollow point bullets.

Evans is being held at the Passaic County Jail pending a court hearing.