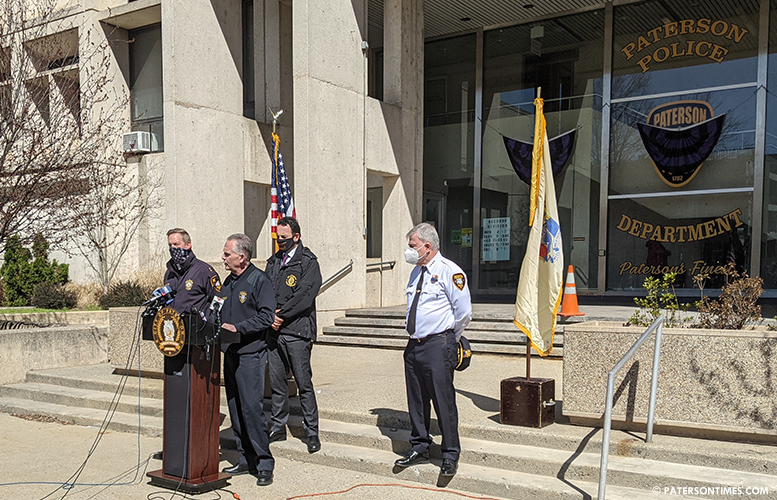 “It is just another phase of what we’re doing to ensure the safety of our residents. We are adamant about reducing gun violence,” said Sayegh standing in front of the Frank X. Graves Public Safety Complex.

Sayegh said the initiatives will be powered by the 19 new academy graduates. For the foot patrols, ten new officers will be paired with veteran cops, said public safety director Jerry Speziale.

“They will be doing true community policing,” said Speziale. “This is good old fashion police work.”

“I know how well it works in strengthening the bond with the community,” said Van Kluyve. Speziale said foot patrols will run from 9 a.m. to 8 p.m. He said the Extra Protection Initiative will then kick in from 8 p.m. to 3 a.m.

Police had walking patrols in 2018 and 2019 that covered commercial areas and the Great Falls.

Speziale said police have had to deal with Covid-19 forcing entire units into quarantine. He also pointed out the Paterson police force is understaffed.

With the 19 new officers, the number of officers will climb to 397, said police chief Ibrahim “Mike” Baycora.

Paterson had 500 police officers in 2010, before the massive layoff.