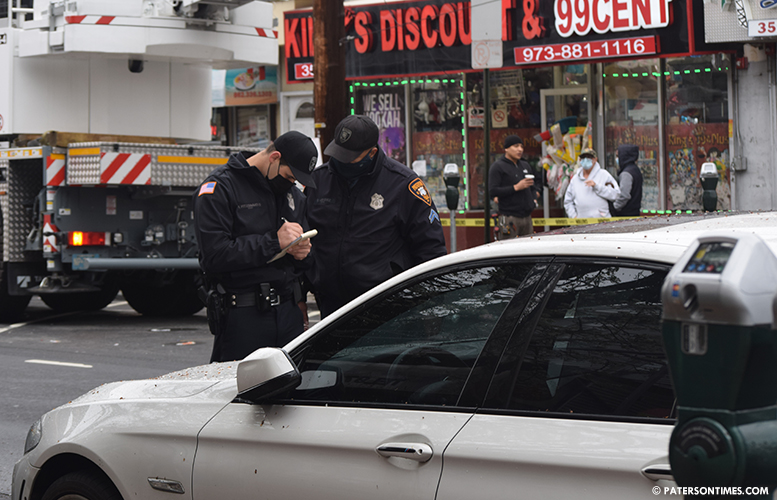 An abandoned vehicle with a shredded tire was parked in front of Correita Restaurant on 21st Avenue.

The vehicle had been parked there for days. Someone saw police officers on foot patrol and approached them on Monday morning.

Police officers checked out the vehicle and determined it was unregistered.

“You know what belongs and what does not belong,” said public safety director Jerry Speziale referring to people who work and live in the areas targeted for foot patrols. “Now they are going to tow the vehicle.”

Police said there are five walking posts – each has a new officer paired with a veteran officer — for the foot patrol program.

“They want to see a presence,” said Sayegh speaking of businesses and residents. “We’re going to give them a presence.”

Walking patrols are known for improving community perception of police and reduce fear of crime, according to studies. A Philadelphia foot patrol study found violent crime decreased in areas that had walking police officers. Police were also better able to detect drug dealing because of foot patrols.

“If you have police presence people will think twice before committing a crime,” said Antonio Rodriguez, owner of Tony’s Pharmacy.

Police had walking patrols in 2018 and 2019 that covered commercial areas and the Great Falls.

“I think the walking patrols will help build confidence in the community,” said councilman Al Abdelaziz. “This allows the residents and merchants to feel safe.”

Abdelaziz said the walking patrols will allow shoppers in South Paterson, which is seeing an increase in commercial activity ahead of Ramadan, feel safe while they spend money supporting local businesses.

The foot patrol program will continue through the summer, said Speziale.