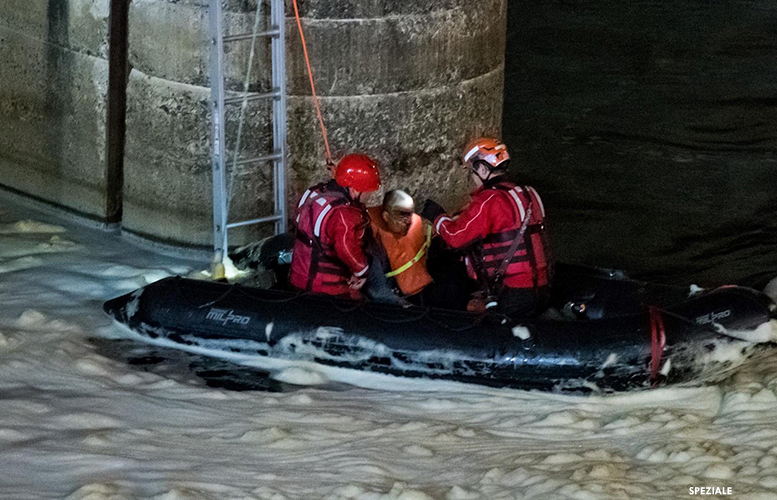 Firefighters rescued a man from the base of the Great Falls early Sunday morning, according to public safety director Jerry Speziale.

The 32-year-old man was on a rocky island at the base of the Great Falls at around 12:33 a.m. He was found alert, but with injuries.

One group of firefighters forced entry to the catwalk at the base of the hydroelectric plant while another group set up downstream back up with inflatable hose at the Alfano Island bridge.

A roof ladder was quickly rigged to the catwalk to use for accessing the water since there was no access. A boat was lowered via a rope and pulley system into the water. Using a pre-rigged safety line on a spool attached to the boat, they navigated the swollen post-rain Great Falls and reached the victim, Speziale said.

Firefighters medically checked the victim. A life jacket and rope harness was put on him to pull him back to the catwalk.

“I’m proud of the professionalism and bravery we demonstrated in this life saving team effort,” fire chief Brian McDermott said.

McDermott said Paterson recently invested in rescue operations with purchase of new rescue rope and other hardware that came in handy.

The victim told firefighters he jumped from the walkway bridge. He was taken to St. Joseph’s Regional Medical Center. He is in stable condition in the emergency room.