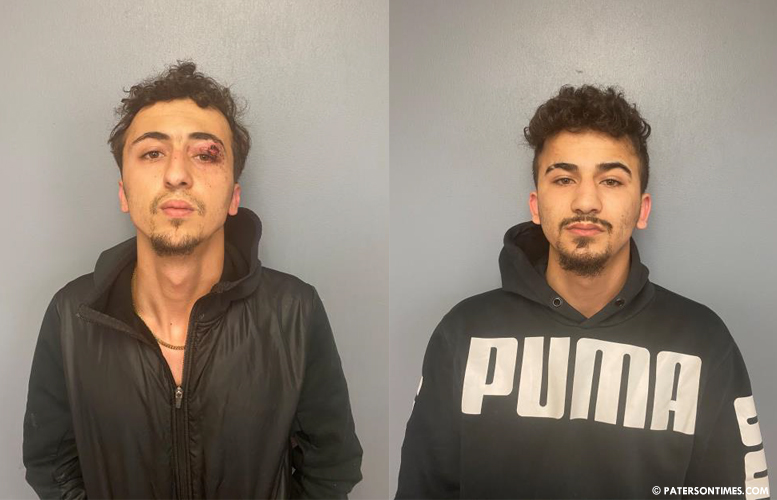 A pair of men were arrested after an investigation into a stabbing, according to the Passaic County Prosecutor’s Office.

Maisara Mousa, 22, and Amer Mousa, 20, both of Paterson, were arrested in connection with the stabbing incident that occurred on April 18 on Paxton Street and 6th Avenue.

Police responded to the area at around 11:55 p.m. on report of a motor vehicle accident. Police found a white Ford Mustang crashed into a house. No residents of the house were injured, authorities said.

Maisara Mousa was identified as the vehicle’s driver.

Police officers at the scene were approached by two men, both 20-year-old residents of Paterson. One victim had been stabbed several times and the second victim was struck in the head with a tire iron. Both victims told police they were attacked by two suspects, who subsequently fled in a Mustang. They were taken to St. Joseph’s University Medical Center for treatment of non-life-threatening injuries, authorities said.

Detectives identified Maisara Mousa as an actor and placed them under arrest at the scene.

Amer Mousa had fled the scene of the accident and was located at Saint Joseph’s University Medical Center. He was transported to police headquarters and arrested on April 19.

Both men could face decades in prison if convicted on the charges.