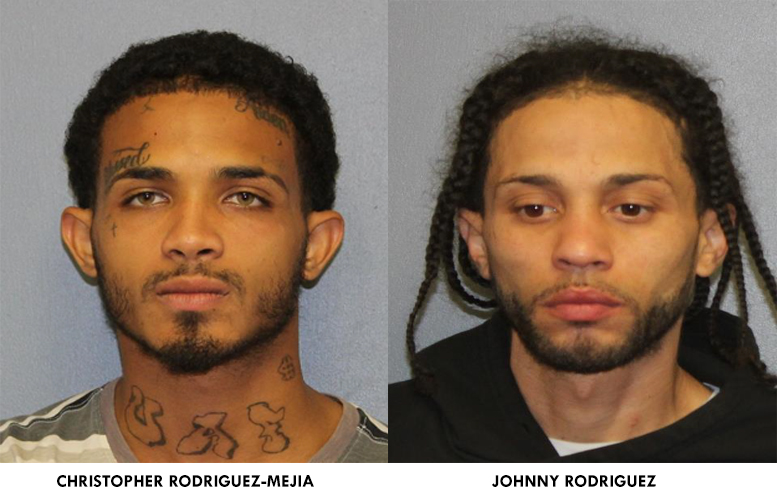 The police arrested two men for their alleged role in a 2020 shooting, according to the Passaic County Prosecutor’s Office.

Christopher Rodriguez-Mejia, 25, and Johnny Rodriguez, 33, both of Paterson, were each charged with two counts of attempted murder, unlawful possession of a handgun, possession of a weapon for an unlawful purpose, and certain persons not to have weapons for their role in the September 8, 2020 shooting on Paterson Avenue and Liberty Street that left a 32-year-old man and a 19-year-old man with non-fatal gunshot wounds.

Pequannock police arrested Rodriguez at around 1:49 p.m. on Van Dyk Place and West Parkway in Pequannock during a motor vehicle stop on May 4.

Paterson police were notified and placed Rodriguez under arrest.

Rodriguez-Mejia and Rodriguez could face decades in prison if convicted.