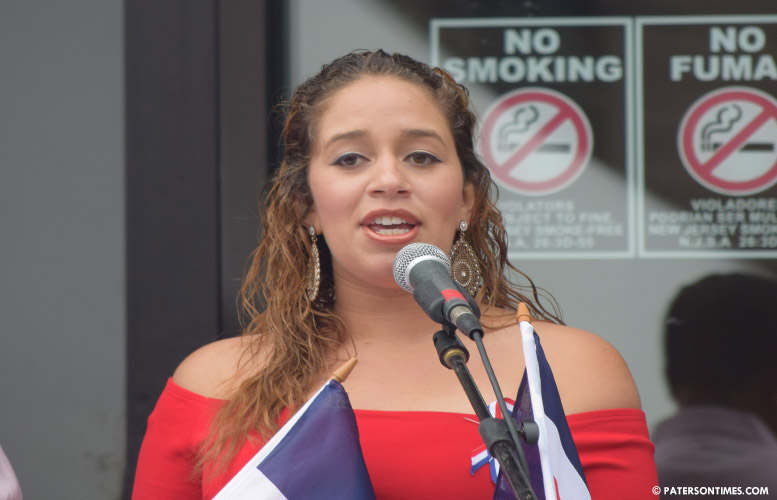 After less than two years on the job, health and human services director Oshin Castillo has resigned, according to municipal officials.

She was hired by mayor Andre Sayegh in September 2019 for $92,000. She had little experience in human services, but shadowed the Passaic County human services director for about a year, officials said at the time.

Sayegh overlooked her inexperience and touted hiring the city’s first Dominican American cabinet member. She was also confirmed by the City Council.

“I will still be serving the residents of Paterson. I’ll be able to provide more services and be involved in the community in a greater capacity,” said Castillo. “At the end of the day, I have to think about my family and my child. It’s a long-term position.”

Castillo risked being out of a job if voters throw Sayegh out of office in 11 months. She said the new job ensures security for her and her family.

She submitted her resignation letter in late May, she said.

During her brief tenure, Castillo came under criticism for the city’s ballooning homeless population. She ran an effort to provide hotel rooms to the homeless during the pandemic last year. She also shared questionable advice on Covid-19 prevention.

Sayegh had tasked her on developing citywide strategies to combat homelessness and the opioid epidemic.

Castillo’s last day in the city is on June 18. She will begin working as a management specialist at the Passaic County Board of Social Services for $103,000 beginning on June 21, according to municipal and county officials.

Castillo is the seventh high-ranking Sayegh administration official to resign.

Sayegh did not respond to a call for comment on Monday.