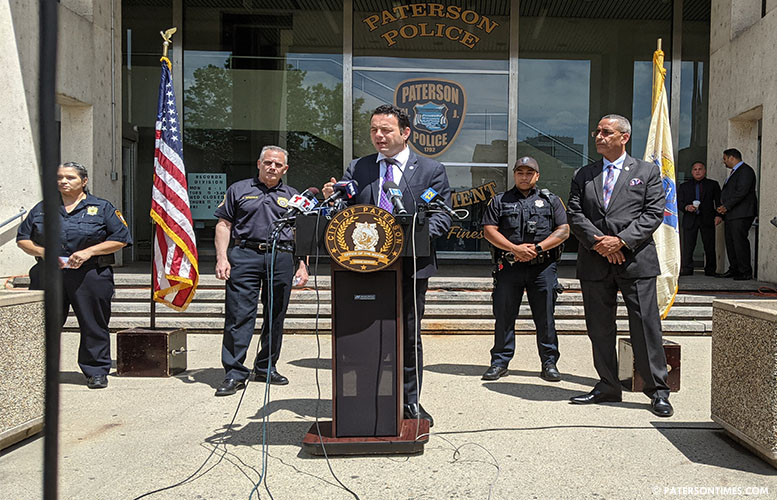 A grant from the New Jersey Attorney General’s Office will allow Paterson to equip most its police officers with bodycams.

Mayor Andre Sayegh said the $796,858 grant will allow for the purchase of 300 bodycams. That’s on top of the existing 150 bodycams the city purchased last year.

Sayegh said the funds will be received over a five-year period.

It’s not clear when the city will be able to begin purchasing new bodycams. Public safety director Jerry Speziale said the vendor the city uses – Axon – has been flooded with requests from police departments seeking to purchase bodycams.

Police have deployed a portion of the 150 existing body cameras, said Speziale. He said not all of them have been deployed. He said police officers require “extensive training” on the use and policies governing bodycams before they can be equipped with the devices.

“We are staggering and putting police officers into training and then equipping them with body cameras,” said Speziale.

A pair of police officers at the press conference on Wednesday in front of the police headquarters spoke positively about wearing bodycams.

“I do feel that they are very beneficial for not only the officers, but for the community. It ensures everyone’s safety,” said police officer Amaris Colon.

“They’re easy to use, they’re quick to use,” added police officer Luis Gonzalez.

“It’s a blessing all the way around,” said councilman Luis Velez.