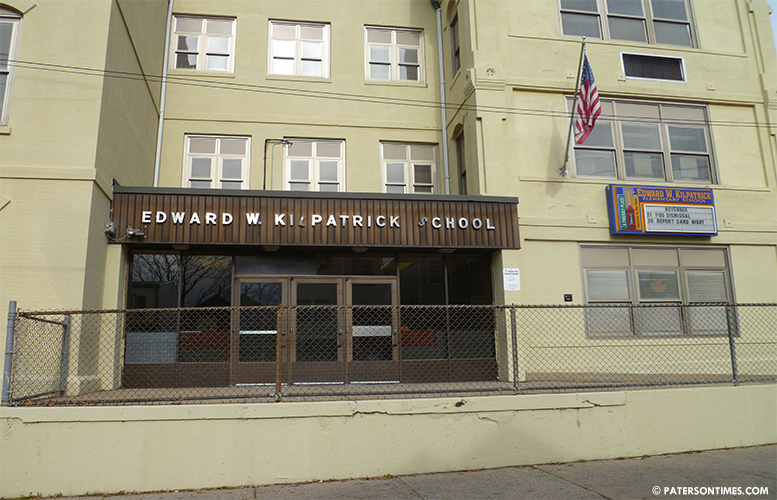 A teachers’ union official sent an email wanting to know when a broken air compressor in a classroom at the Edward W. Kilpatrick Elementary School would be fixed on Tuesday afternoon.

She received terse response from the district’s facilities director Neil Mapp, who is responsible for maintenance and repairs at all school buildings.

The union official, Joy Spinelli, noted in her email that a work order had been placed to repair the air compressor in room 303. She sought a “timeline” as to when the repair would be completed.

Mapp’s reply showed “lack of caring or respect for the concerns” of teachers and staff, said John McEntee, Jr., president of the Paterson Education Association, the teachers’ union. He said he was “absolutely disgusted” by Mapp’s response.

“It is well documented that the conditions in our schools are abysmal. Ms. Spinelli was merely asking Mr. Mapp what the timeline is for fixing a broken air compressor in an elementary school. That is entirely appropriate given the pandemic that we are still experiencing and the heat conditions in the buildings,” said McEntee. “Mr. Mapp’s disdainful response seems more focused on disrespecting a female employee of the District rather than dealing with legitimate concerns regarding the physical plant of the Paterson Public Schools, which by the way, is his only job.”

Union officials were fielding a great many complaints on Tuesday because of unbearable heat inside some school buildings, many of which are antiquated. School officials allowed staff to leave at 2 p.m. on Tuesday, partly due to the excessive heat.

“Given the recent litigious atmosphere, Mr. Mapp simply directed the delegate to the PEA’s attorney as the proper line of communication with the district on this matter,” said Paul Brubaker, spokesman for the Paterson Public Schools.

Brubaker said a teacher reported the broken compressor. He said Mapp and Shafer responded to the teacher in a conference call that also included the school’s principal.

“Mr. Mapp informed everyone on the call that a work order had been placed for the repair and that the repair would be made as soon as possible,” said Brubaker. “The teacher was told that she would be relocated to work in an air-conditioned part of the building until the repair was made.”

School board members said the curt email – described by the union president as “rude and contemptuous” — from Mapp was likely due to the ongoing dispute between the union and the district.

“Because they filed an unfair labor practice, he wouldn’t have been able to respond,” said school board president Kenneth Simmons.

“The fact that Shafer tolerates this behavior also casts aspersions on her fitness to lead this district. It is simply unacceptable that she would allow a senior member of her cabinet to act in this way,” said McEntee. “Mr. Mapp should be fired immediately as he is not fit to serve the staff and students of this district.”

Mapp found himself at the center of a controversy late last month after the union made public that he had gone on vacation as the schools were gearing up for limited in-person reopening after more than a year of remote learning.

Mapp did not respond to an email for comments for this story.

Some school board members said the district has serious facilities problems that require the board’s attention.

“There’s no facilities committee anymore that’s why all of these problems are happening,” said school board member Emanuel Capers.

The school readiness committee was responsible for the oversight to ensure school buildings were ready to reopen.

School board member Corey Teague, who is chairman of the school readiness committee, said a separate facilities committee is needed to give the needed attention to pressing facilities problems.

“As long as it’s been in fiscal, we’re able to say, ‘What does it take to get this done?’ That wasn’t happening before,” said Simmons.