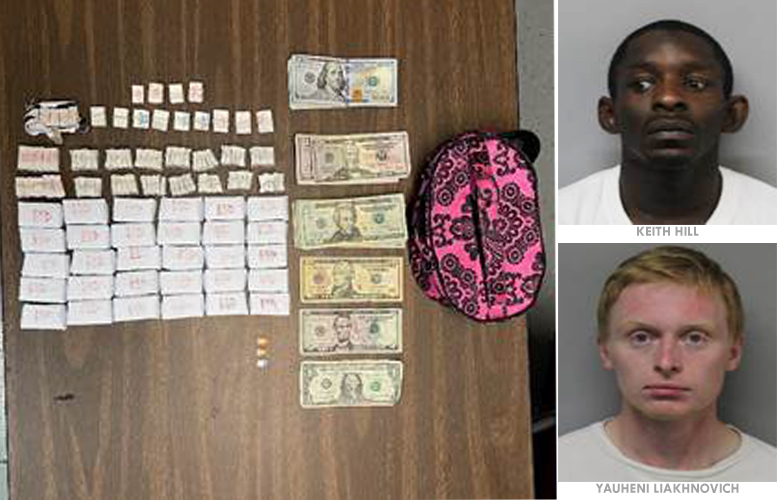 Detectives observed a drug transaction on North 4th Street on Thursday, leading to the arrest of the seller and the buyer along with a stash of 2,450 glassine envelopes of heroin, according to Passaic County Sheriff Richard Berdnik.

Detectives observed Hill exit a residence. He was speaking to New Jersey State Parole Officers when detectives approached and told him he was under arrest for dealing drugs. He allowed detectives to search his residence.

Hill told detectives he tossed a large amount of heroin in a lunch bag in the backyard so parole officers would not find it.