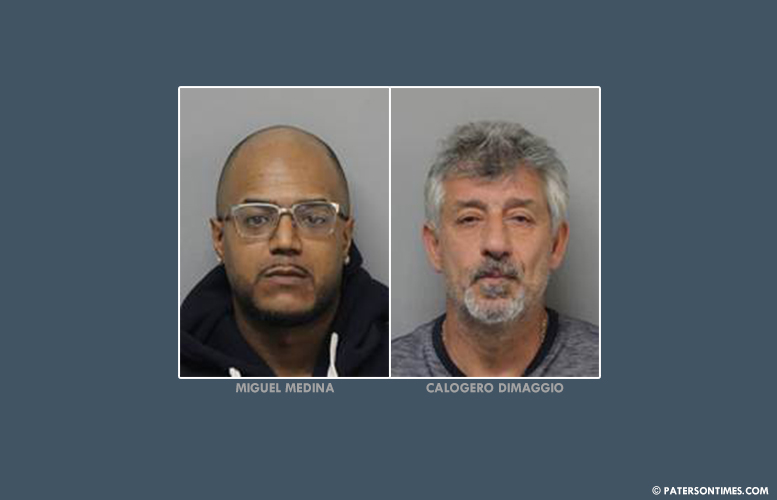 Detectives arrested a drug dealer and his customer in a bust on 3rd Avenue in Paterson, seizing cocaine and two handguns, on Wednesday, according to Passaic County Sheriff Richard Berdnik.

Miguel Medina, 37, of Paterson, and Calogero DiMaggio, 57, of Fair Lawn, were arrested in the operation.

Detectives observed Medina exit his residence and engage in a drug sale with DiMaggio on 3rd Avenue and East 17th Street.

DiMaggio was followed out of the area into Fair Lawn and placed under arrest. Medina was arrested in front of the Trajanoski Tavern.

Street value of the drugs seized is $2,000, said the sheriff.

Medina is being held at the Passaic County Jail. DiMaggio was released after he was charged.