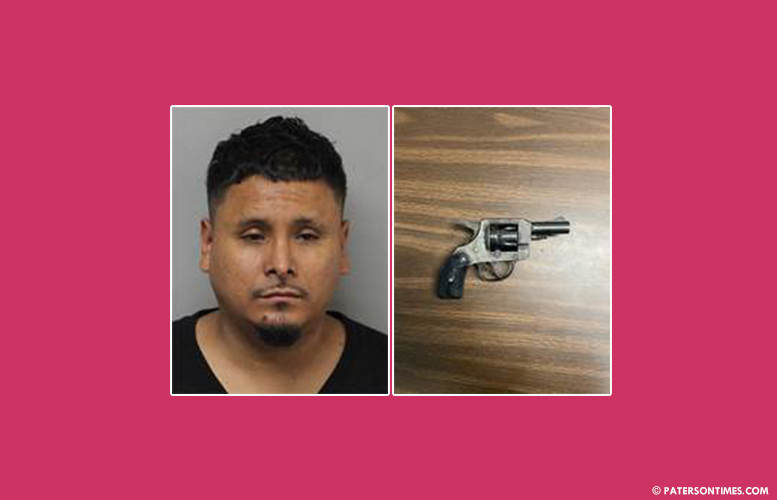 A sheriff’s officer arrested a city man allegedly in possession of a handgun while hunting for the source of illegal fireworks in downtown Paterson early Sunday, according to Passaic County Sheriff Richard Berdnik.

Issac V. Delatorre, 36, was charged with unlawful possession of a weapon, drinking in public, and possession or use prohibited explosives and fireworks.

Officer Scott Phillips was patrolling Main Street near Van Houten Street when he heard fireworks coming from the area. He searched for source of the fireworks and observed several groups of people on Market and Prospect streets.

Delatorre was with a group. He dropped a can of beer in a planter box on the sidewalk and dropped a black shoulder bag on the ground behind it upon sight of the officer. He stepped away from the bag.

Delatorre was arrested and a .32 caliber Harrington Richardson Model 732 revolver was recovered from the shoulder bag.