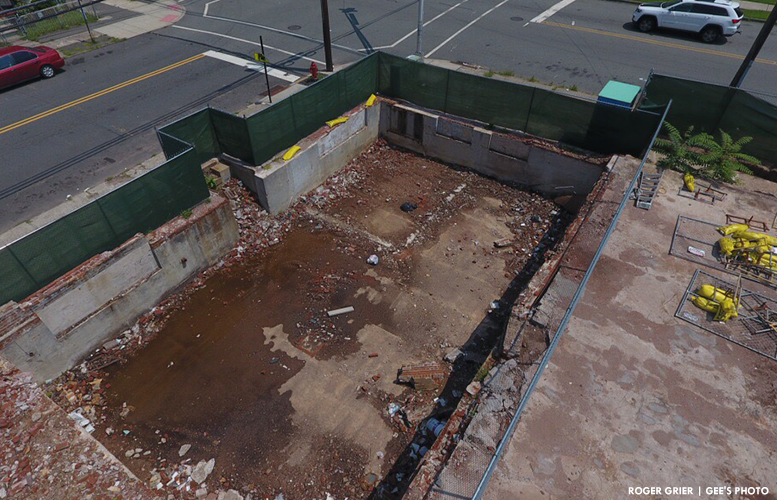 Officials said 40 bidders competed for the parcel, 94-124 Madison Avenue, in an auction held by Max Spann. Washington, DC-based Building Hope, an organization that builds capacity for charter schools, submitted the winning $7.6 million bid for the property.  The contaminated property was appraised at $2.1 million.

“Just like the Armory and Hinchliffe Stadium, the Leader Dye site is another example of the emphasis my administration has placed on ridding neighborhoods of blight and replacing eyesores with sensible development.  This is a big win for our budget and a victory for Paterson. We are in growth mode,” said mayor Andre Sayegh.

Building Hope will construct a charter school education facility at the site.

“It’s an exciting moment for the City of Paterson. This transformative sale will not only help the city financially, but it will also ensure a long-derelict site breathes new life into a neighborhood that sorely deserves it.  I want to thank all who helped make this possible and I look forward to helping the purchasers create a 21st century learning environment,” said economic development director Michael Powell.

The sale has to be approved by the City Council.

“It’s a positive. There’s a lot of interest in acquiring property in Paterson,” said Flavio Rivera, president of the City Council.

Among the 40 bidders was prominent developer Charles Florio. He bid as much as $3.2 million for the site. He had offered to take the parcel for $5 million in 2018. He still welcomed the sale of the property.

“You’re going to hear nothing negative about this from me,” said Florio, who owns more housing units than the Paterson Housing Authority. “As a landlord, the values on my real estate, I think, went up 100% in the last 12 hours.”

The buyer will pay the auctioneer a 10 percent commission.