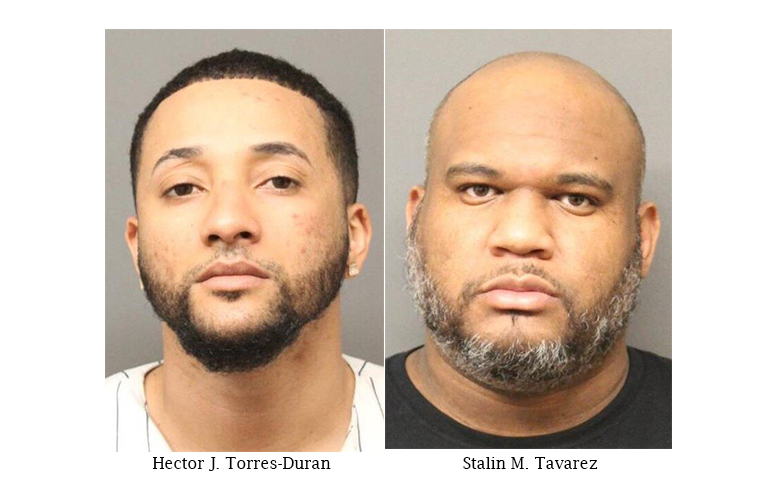 A pair of men have been arrested for allegedly dealing drugs from a yellow taxicab in Garfield, according to the Bergen County Prosecutor’s Office.

Hector J. Torres-Duran, 27, and Stalin M. Tavarez, 30, both of Paterson, have been charged with various drug offenses.

Torres-Duran was driving a yellow taxi with Tavarez as an occupant in Garfield on June 30. Police pulled over the vehicle on Jewel Street near the intersection of Outwater Lane. A search of the vehicle produced 20 grams of cocaine in the front compartment of the vehicle.

Both Torres-Duran and Tavarez were placed under arrest.

Authorities in Bergen County had learned Torres-Duran was allegedly dealing drugs in Passaic and Bergen counties on May 5 which triggered their investigation that led to the arrests.