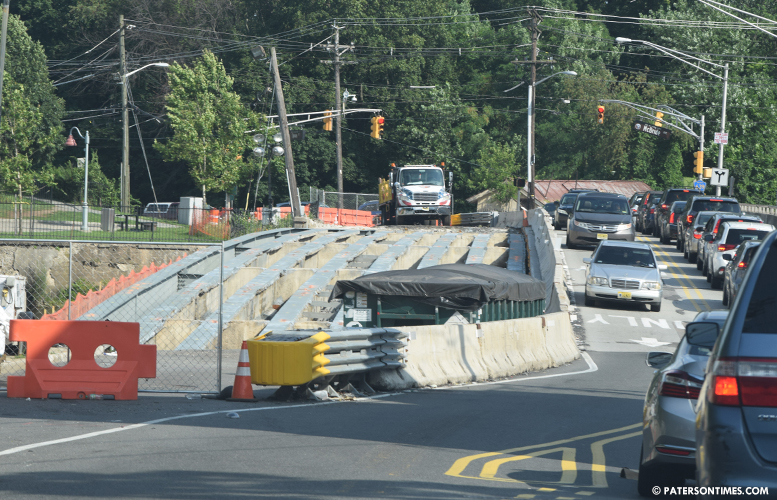 The construction work underway to replace the deck of the Wayne Avenue bridge over the Passaic River near the Great Falls that has throttled vehicular traffic is expected to be completed in summer 2022.

Once finished, the Wayne Avenue bridge, also known as the Spruce Street Bridge, will have a new deck. Bridge roadway will be reconfigured to have three lanes of traffic instead of the current four to allow for wider sidewalks to accommodate an influx of tourists to the area. Tourists to the Great Falls National Historical Park use the bridge to capture pictures of the Passaic River.

“The profile on the bridge will be improved to eliminate the dip at the north end,” said Keith Furlong, a spokesman for the Passaic County government. “The project includes decorative lighting and banner poles, and the new bridge parapets have been designed to match the historic configuration of the existing parapets.”

Furlong said the project also includes work at the corner of Totowa and Wayne avenues, including replacement of the existing traffic signal.

The cost of the project is $5.2 million. It is being funded through New Jersey Transportation Trust Fund Authority.

Construction to replace the deck of the bridge began in January, said Furlong. Since then, half of the bridge has been closed while the other half accommodates two lanes of traffic.