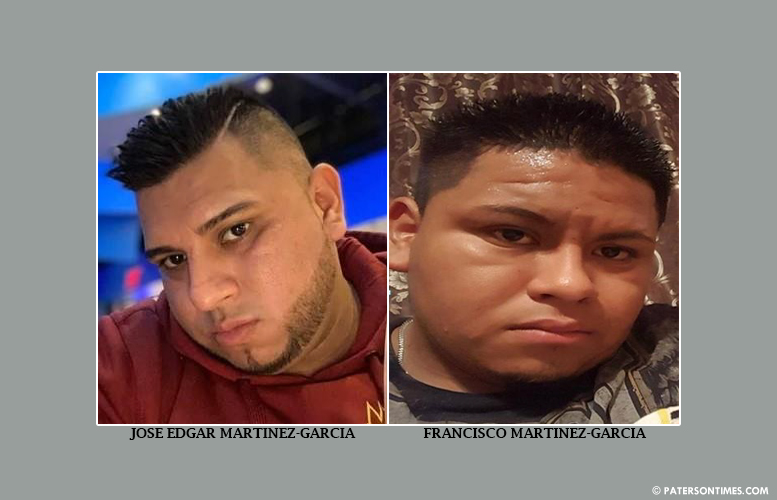 Two brothers have been arrested and charged with a double murder that occurred on Totowa Avenue, according to the Passaic County Prosecutor’s Office. Both suspects fled Paterson after the incident and were hiding out in Myrtle Beach, South Carolina.

Authorities said the Martinez-Garcia brothers are allegedly responsible for the two murders and a stabbing. They allegedly murdered Jaime Hernandez, 44, and Johnny Jimenez, 36, both of Paterson.

Hernandez and Jimenez were found lying in the parking lot of 430 Totowa Avenue with apparent stab wounds at around 4:19 a.m. on July 5. A third stab victim survived the attack.

Police issued warrants for the arrest of the Martinez-Garcia brothers. Police made attempts to capture them, but they fled the jurisdiction. Authorities determined the pair fled out of state to avoid arrest.

Detectives uncovered they were in Myrtle Beach, South Carolina area. On Friday, U.S. Marshals Fugitive Task Force was notified. They deployed to Myrtle Beach and located both brothers and brought them into custody without an incident.

The brothers waived extradition and are in custody at the Passaic County Jail. Prosecutors have filed motions for pre-trial detention. The brothers could face a maximum of life in prison if convicted on the charges.