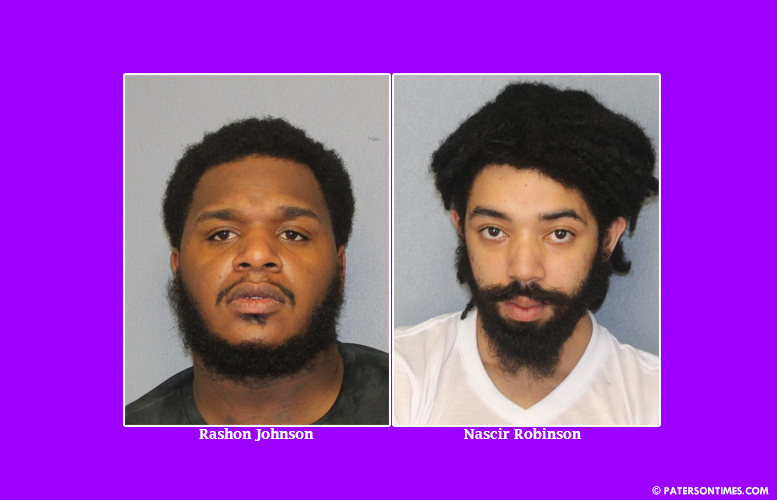 The police arrested two men for their alleged roles in a double shooting on Park Avenue, according to the Passaic County Prosecutor’s Office.

Rashon Johnson, 30, and Nascir Robinson, 22, both of Paterson, have each been charged with multiple weapons offenses for their alleged roles in the July 5 shooting on Park and Madison avenues.

On July 5, police responded to report of a shooting in the area. A 30-year-old man and a 22-year-old man were wounded in the incident. Johnson and Robinson were individuals in possession of handguns during the shooting, authorities said.

Both men could face decades in prison if convicted on the charges. Prosecutors are attempting to keep both men in jail until resolution of their cases.