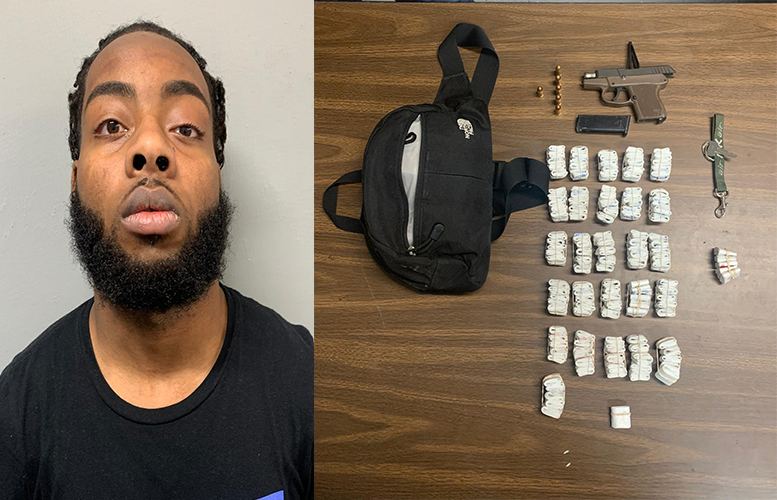 A man was allegedly dealing heroin from a basement on Pearl Street, according to Passaic County Sheriff Richard Berdnik.

Kirk Douglas Jr., 23, of Paterson, has been charged with numerous drugs and weapons offenses. His basement apartment on Pearl Street was raided on Wednesday.

Detectives seized 1,360 glassine envelopes of heroin and a loaded Kel-Tec .380 caliber handgun with 6 rounds of ammunition that was reported stolen from Weatherly, Pennsylvania. Authorities said drugs are worth $2,750 on the street.

Douglas’s activities came under the microscope after Wayne police started investigating a non-fatal overdose in their town. A two-month long investigation eventually led to Douglas’s arrest.

Douglas is being held at the Passaic County Jail.