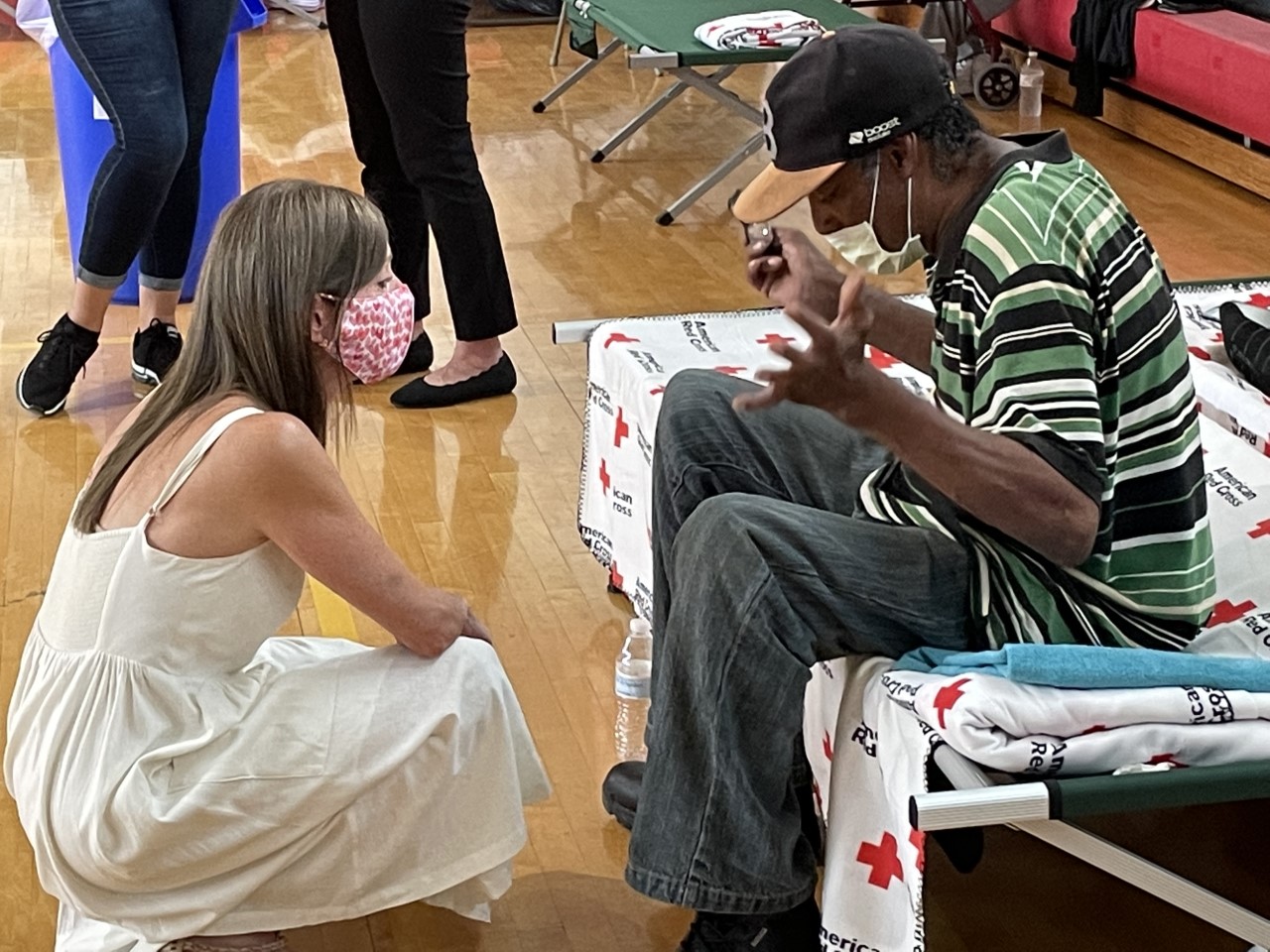 New Jersey’s First Lady, Tammy Murphy, visited the Red Cross shelter in Paterson on Sunday, offering reassurance to flood victims in the wake of Thursday’s deluge that left much of the 1st Ward under water.

The Passaic River had receded by the time the governor’s wife walked into the shelter at International High School on Sunday afternoon. Paterson’s two state Assembly members, Benjie E. Wimberly and Shavonda E. Sumter, greeted the first lady, who moved down the row of cots and spoke one-on-one with flood victims.

“We will get out of this together,” she said, repeating the theme that her husband has sounded throughout the pandemic. “It’s not going to be easy. We’ll all have to come together again, take it one day at a time.”

Murphy said she was pleased with the Red Cross relief effort. “They’re clearly doing everything that can,” she said. “People want to get back in their homes. They want to be reunited with their pets.”

There are still some spots in the 1st Ward, on Presidential Boulevard and North 1st Street, that have pools of water. But for the most part, the river has receded, and the cleanup can now begin. Residents have electricity, but many have no gas since it’s been turned off to prevent fires.

Murphy said President Joe Biden plans to visit New Jersey on Tuesday. But so far, there are no plans for him to visit Paterson.

Mayor Andre Sayegh said he reached out to the White House, but was told there were no plans for the president to stop in Silk City. “I would love for him to come here,” Sayegh said.

As the river has receded, so have the numbers of people at the shelter. The Red Cross said there were 60 people who sought refuge on Thursday night, when the remnants of Hurricane Ida dumped record rain on the state and triggered flash floods. Twenty people slept at the shelter on Saturday night.

“We’re still open because people still need us,” said Sheri Ferreira, a Red Cross spokeswoman. She said the shelter will stay open until there is no longer a need.

But the number of people displaced is likely much higher.

Developer Charles Florio, who is among the largest landlords in Paterson, said as many as 100 of his houses sustained “significant” flood damage. He began receiving calls from his tenants about flooding on Wednesday night. He sent his team out to pump out the water.

“You couldn’t pump anything out. Streets were a river,” said Florio on Friday. His team tried to pump basements again on Thursday morning, but fire officials asked: Why are you pumping out basements when the river is going to crest? Indeed, the Passaic River cresting brought more flooding on Friday to low-lying areas that were hit hard a decade ago when hurricane Irene inundated the city.

“Hundreds of apartments have been destroyed. Some of our foundations actually sank. Imagine that — a sunken foundation,” said Florio. “Some of the tenants lost everything they had. It’s heartbreaking to be honest.”

Until Thursday night, David Draper lived on Bergen Street with his fiancé, Gina. Around 7:30, he heard the police sirens, looked out the window and saw that Bergen Street had become an extension of the Passaic River.

The Passaic County Sheriff’s Department came down the street in a boat to evacuate residents. Draper said he grabbed his cat and his fiancé and locked the house behind him.

“The water was about up to my chest,” Draper recalled. “It was really nerve-wracking, seeing the water that high. If we had stayed any longer, I don’t know what would have happened.”

Draper, 52, said he slipped and fell into the water, then swam to the boat and got in. From there, it was on to the shelter, where he and his fiancé have been slept for four nights.

Draper expects the couple will be staying at the shelter at least until Wednesday. He has yet to see what remains of his apartment on Bergen Street. Asked what he thinks he lost, Draper responded, “probably everything. TVs, the bed, furniture. We had a full apartment.” 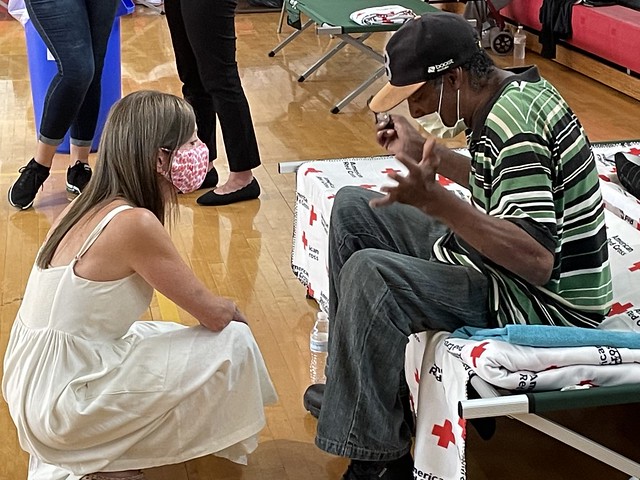