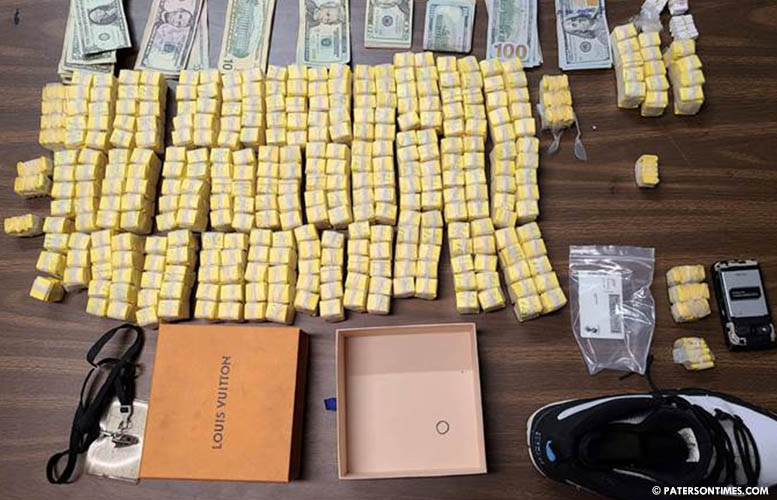 A two-month investigation into drug dealing on North 7th Street resulted in charges against four men and confiscation of more than 15,000 glassine envelopes of heroin on Tuesday, according to Passaic County Sheriff Richard Berdnik.

Kasheem Smith, 28, of Paterson; Alhaji Sesay, 26, of Clifton; Shondel Stewart, 29, of Paterson; and Jahmahli Carnegie, 20, of Paterson, were arrested on various drug offenses.

Smith has been identified as an alleged drug dealer, who was distributing heroin from his North 7th Street residence. He was allegedly observed conducting drug sales with Sesay, Stewart, and Carnegie.

Smith would exit his residence and meet the alleged buyers on North 7th and Clinton Street. He allegedly sold 820 glassine envelopes of heroin to Sesay.

Detectives followed and arrested Sesay. He was found with the 820 glassines of heroin and $1,972 cash. He was charged with various drug offenses.

Smith was later observed conducting two more sales with Shondel and Carnegie at the same intersection. Shondel had 50 glassines of heroin, authorities said. He was charged with drug possession.

Detectives arrested Smith after the two sales. He had 50 glassines of heroin and $100 cash.

Carnegie led detectives on a chase into Hawthorne when they tried to arrest him. He allegedly threw several bricks of heroin out of the vehicle window before crashing the car. He then began to run on foot.

Detectives lost him. A search of his vehicle yielded heroin and $1,231 cash. They also found his motor vehicle identification card. A warrant was issued for his arrest. He was charged with resisting arrest by eluding and various drug offenses.

Detectives went back to Smith’s apartment. They seized 15,100 glassine envelopes of heroin and $197 cash. Drugs seized is worth $39,000 on the streets, authorities said.