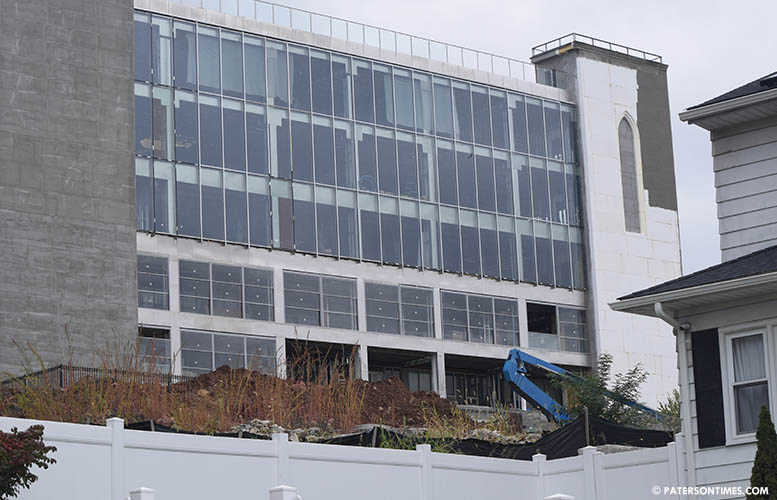 A group of Paterson residents have banded together to stop a six-story building project on the Totowa-Paterson border.

Fourteen Hillcrest neighborhood residents filed a lawsuit against the Totowa Board of Adjustment and the developer Fortress Holdings LLC on Monday. They are seeking to nullify approvals that were granted for the project at 555 and 561 Preakness Avenue.

The lawsuit argues Fortress Holdings’s commercial building crept into the Hillcrest section in Paterson, a single-family residential zone, through a series of development applications filed in 2015, 2016, and 2019.

Residents in the Hillcrest section were never given required notices to object to the project before the Totowa zoning board, according to the lawsuit. The lawsuit also accuses the developers of “bad faith” conduct.

“Applicant has engaged in construction work outside of the area of the approved project, involving multiple lots and including the Berkshire Avenue Split Lot, to the detriment of Plaintiffs,” reads the lawsuit. It also alleges the large retaining wall at the site was constructed without proper permits. “Additionally, and without any permit from Totowa, Applicant engaged in the clearance of trees and earthwork to create a ramp leading from the Principal Lot to Berkshire Avenue, as well as extending the retaining wall to support that ramp.”

Most of the residents suing to stop the project are residents of Berkshire Avenue.

“For every single time, we notified everyone. We have all the receipts,” said Qassis.

Qassis said he obtained approvals for the construction of the retaining wall.

“The allegations are just simply incorrect,” said Qassis. “I have proper permits from Paterson for the retaining wall that I constructed.”

Qassis said he has the required variances, approvals, and permits from Totowa.

“The reason they are making all this fuss is they think customers are going to be able to access that road, Berkshire Avenue, which is completely wrong,” said Qassis. “If they look at the resolution, and look at the variance and the approvals from Totowa, the only access allowed for that road is only for emergency vehicles. Only if there’s a, God forbid, fire or emergency, that’s the only time when that entrance will be used. Otherwise that entrance will always be closed.”

Longtime activist David Soo has urged the City Council and mayor Andre Sayegh’s administration to join the lawsuit against Totowa and the developer.

“This would never be built if the neighborhood below this property was Totowa,” said Soo at a City Council meeting on September 28. “I’m asking is the city going to join? Are they going to stand behind their residents? Their taxpayers?”

Some council members wanted to put together a resolution in support of the residents suing Totowa and the developer.

Mayor Andre Sayegh did not respond to a request for comment for this story.

It’s not unusual for a city to oppose development projects in a neighboring municipality that is likely to negatively affects its residents. For example, Keith Kazmark, the mayor of Woodland Park, and his borough attorney, successfully opposed a $6 million apartment complex that was proposed near the Woodland Park-Paterson border in 2018. Kazmark and the borough’s attorney appeared before the Paterson Board of Adjustment to object to the project.

Qassis said the building he is renovating and expanding was neglected for years. He said behind the structure was trash and other debris that his team had to clear after purchasing the property from a bank.

“The back of the building was a garbage dump,” said Qassis. He spent $68,000 to remove the garbage, he said.

“Now you come and take a look at it. See how beautiful and nice it is,” said Qassis.

Qassis expects construction at the six-story wedding hall to be completed in early 2022.