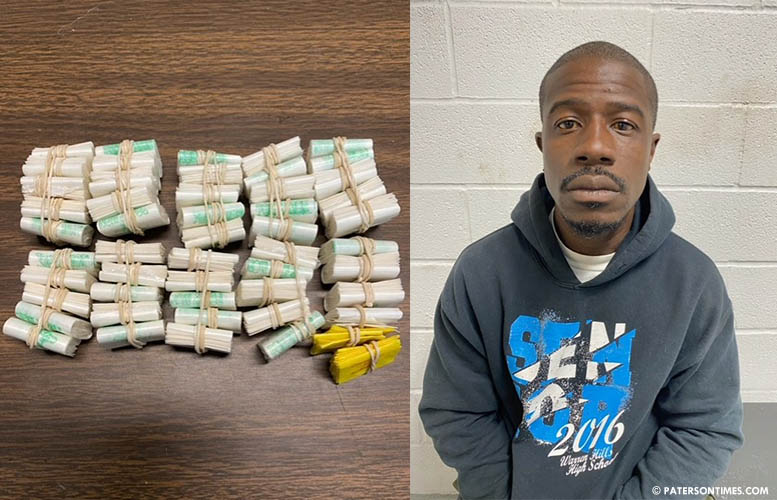 A man wanted on a warrant was arrested in downtown Paterson on Thursday, according to Passaic County Sheriff Richard Berdnik.

Mark D. Johnson, 38, of Paterson, was wanted on a drug possession warrant. He was outside of the Friendly Travel Agency at 401 Main Street at 9 a.m. when detectives approached him.

Johnson was searched and had 510 glassine envelopes of heroin in a black plastic bag in his front sweatshirt pocket. Authorities said drugs seized is valued at $3,000 on the street.

Johnson was charged with four drug offenses and taken to the Passaic County Jail.