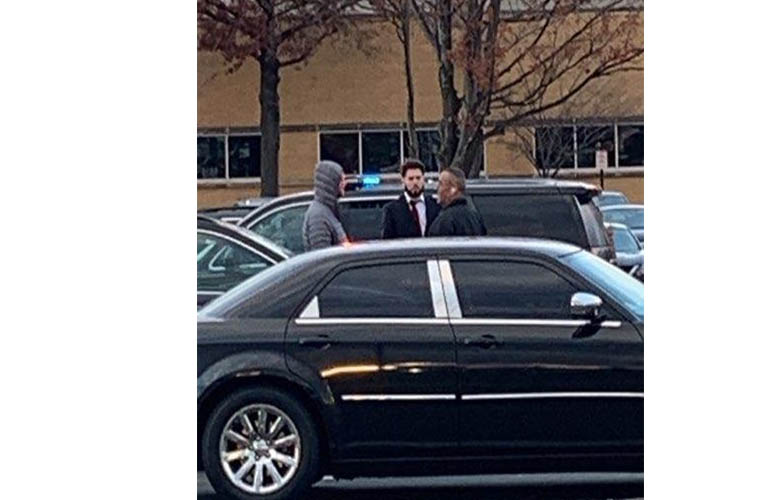 Velez’s vehicle struck 59-year-old Fetije Lickollari of Garfield on Route 46 East near Industrial Avenue in Teterboro at around 3:32 p.m.

Lickollari was trying to cross Route 46 when she was struck by the vehicle traveling east on Route 46, according to Moonachie Police.

First responders arrived at the scene and found the woman deceased.

Images from the scene shows the front of Velez’s Chrysler vehicle badly damaged. He is seen at the scene speaking to investigators.

Velez remained at the scene and cooperated with the investigators. He is not accused of any wrongdoing, said police chief Richard Behrens.

Cause of the crash remains under investigation and no charges have been filed, said the chief.

“I am deeply saddened for the death of the pedestrian that was involved in this tragic accident,” said Velez on late Tuesday. “I have fully cooperated with investigators as they review the incident.”