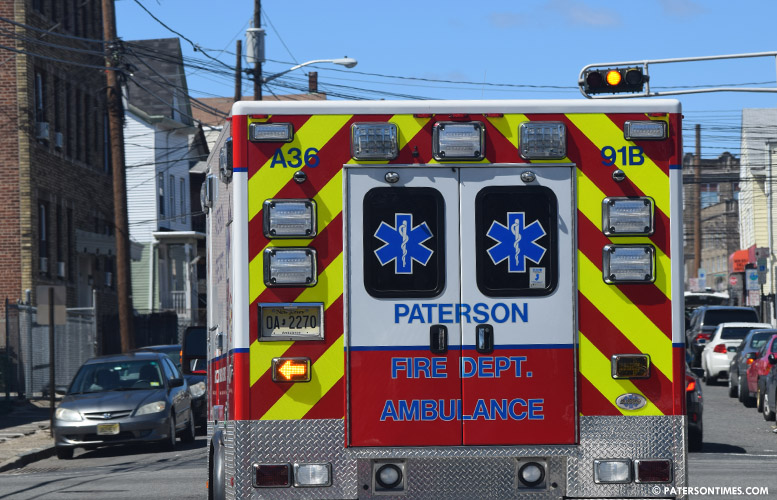 A pair of firefighters are being hailed for delivering a baby inside an ambulance on Thursday.

Firefighters Craig Puglise and Jeffrey Wanco responded, as part of mutual aid, to the address of a maternity patient on Mola Boulevard in Elmwood Park at around 7:30 a.m. They found a 22-year-old woman lying in bed with her boyfriend present.

Puglise and Wanco conducted a patient assessment. The woman stated her contractions were three minutes apart and she complained about pain.

She was prepared by firefighters for transportation to Hackensack University Medical Center with her boyfriend on board the Paterson ambulance.

As the ambulance took off for the hospital, Wanco alerted Puglise, who was driving, to pull over the ambulance because the contractions had increased, and the baby was crowning.

Puglise pulled the ambulance over on the side of the roadway. He then took over and safely delivered a baby girl inside the ambulance. The girl was assessed for breathing, airway obstruction, and the umbilical cord was clamped, said public safety director Jerry Speziale.

“When presented with a change in condition, they jumped to action and brought a life into this world. What a great moment in their lives, to perform a successful emergency delivery in their ambulance,” said fire chief Brian McDermott. “We, as PFD colleagues, could not be more proud of their work and it is a testament to the knowledge and skills of all Paterson Firefighters. We wish the new family nothing but health and joy during this holiday season and the many years to come.”

Both the woman and her newborn were stable and taken to the emergency room at the Hackensack University Medical Center.

“I would personally like to thank the Paterson Fire Department and specifically, Firefighters/EMT’s Pugliese and Wanco for their quick thinking and professionalism while assisting the Borough of Elmwood Park today during an EMS call that involved them successfully delivering a baby,” said Elmwood Park police chief Michael Foligno. “These individuals showed calmness and poise under difficult circumstances and are deserving of honor and recognition for their actions.  Thank you both for representing your agency and all first responders so well!”