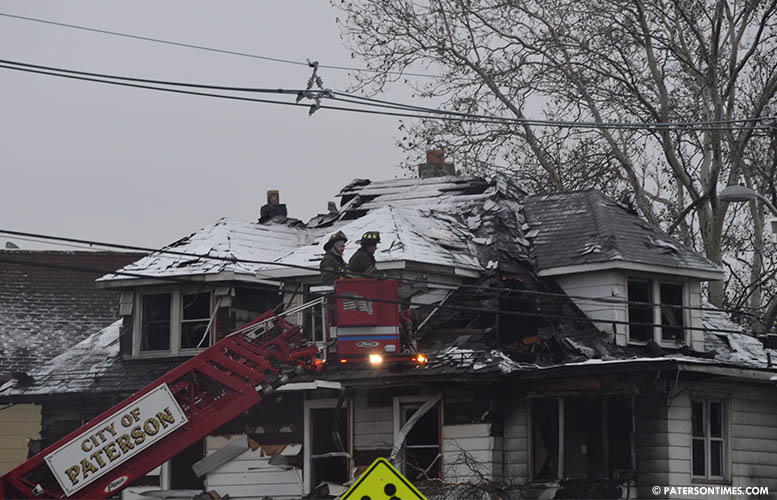 Fire at 628 Market Street came in at about 10:02 p.m., said deputy chief Andrew Ricciardi. He said there were no injuries and no displacements from the fire.

“It was held to the building of origin,” said the deputy chief. Firefighters were still at the site on Friday morning

“There’s a lot of deep-seated fire in there and we’re unable to go into the structure. A lot of the structure has been compromised by the fire. So, it’s unsafe to enter. We have to maintain a presence there for a while,” said the deputy chief.

Ricciardi said the cause of the fire remains under investigation.

“It was boarded up three, four times, but the squatters keeping going back in,” said councilman Luis Velez.

Velez believes the fire likely started from squatters entering the structure. He said he had the building boarded up many times by calling public works.

The councilman said the building has been vacant for nearly 15 years. He described it as an “eyesore.”