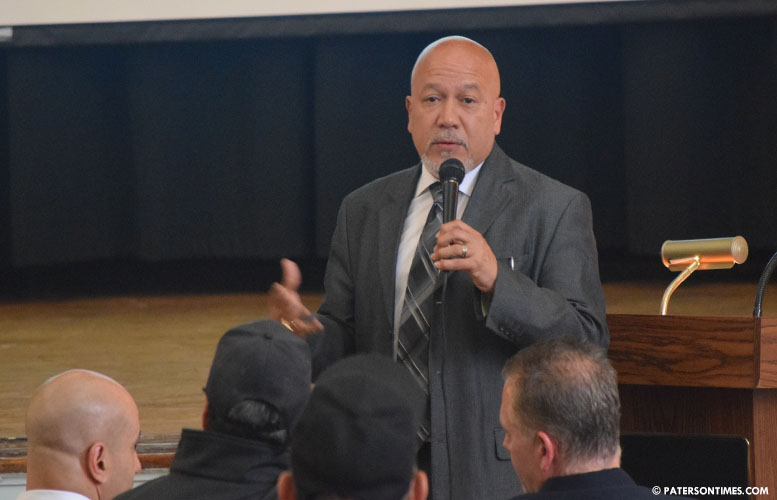 Former mayor Jose “Joey” Torres has been gathering signatures to challenge incumbent Andre Sayegh for the mayor’s seat, but his petitions may be rejected by the City Clerk’s Office because of his criminal conviction.

The city’s law department has told the city clerk there is a “criminal bar” against Torres returning to public office and submitting election petitions.

“Subsequent to your picking up petitions for the 2022 Mayoral Election, the Office of the Corporation Counsel provided me formal confirmation that there is a criminal bar not only against your returning to public office, but also against your submitting election petitions, and against my office accepting them,” reads a letter from city clerk Sonia Gordon to Torres dated December 28, 2021. “Accordingly, I must respectfully notify you that my office will not be able to accept petitions in support of your candidacy.”

The law department, run by Sayegh appointee Aymen Aboushi, cites Torres’ 2017 guilty plea. Torres agreed to a ban on public office and employment as part of a plea agreement in open court.

In the past, convicted criminals have picked up petitions and turned them in to run for office. For example, Chauncey Brown, who was convicted for taking bribes, successfully got himself on the 3rd Ward ballot last year. Kevin Michael Henry, who was convicted, successfully ran for Board of Education in 2016. He was later disqualified from taking office because of his criminal records.

“It’s a shame they are using the Office of the City Clerk, secretary of elections, to do the mayor’s bidding,” said Torres on Monday afternoon. “Obviously, I’m a threat.”

Sayegh did not respond to a request for comment for this story.

Torres is a former three term mayor of Paterson.

Torres said his attorney will respond to both the clerk’s letter and developer Charles Florio’s letter to the New Jersey Attorney General’s Office.

Florio played the key role in Torres’ downfall in 2017. A private investigator hired by the developer discovered Torres was using municipal employees to renovate a warehouse for a beer distribution facility.

Torres was sentenced to five years in prison. He ended up serving little over a year in prison.

Torres has been gaining traction as Sayegh has struggled to run New Jersey’s third biggest city. Torres managed a similar return in 2014 when voters were dissatisfied with then-mayor Jeff Jones.

Torres’ conviction bars him from taking office if he wins the mayoral election, but the former mayor is betting on changes in voting laws that has favored those with convictions. “We are aware that in some respects, laws relating to rights of those with criminal convictions have been liberalized in recent years,” reads the clerk’s letter.