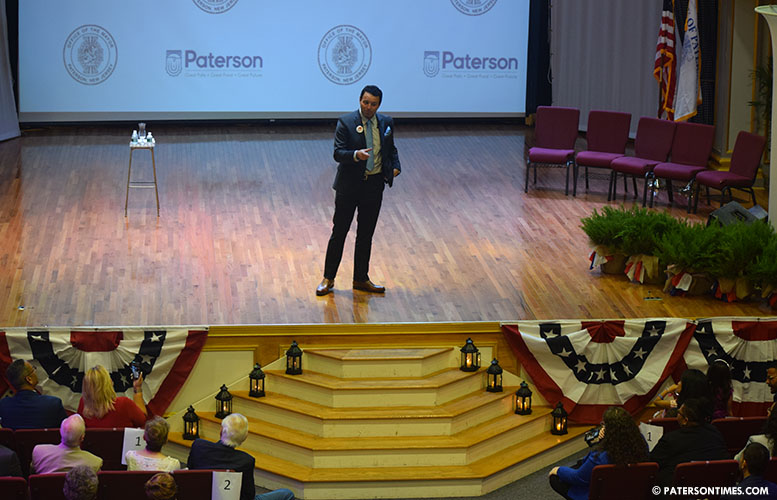 Della Fischer, a political operative, was hired as chief of staff in February 2020 for $85,000. Her salary was the lowest given to a chief of staff. She was hired to replace Kathleen Long who moved up to become the city’s business administrator.

Sayegh transferred Fischer out of the chief of staff position in November 2021. He then hired Christian Callegari, who is Latino, as chief of staff for $90,000.

Some of Sayegh’s critics and opponents say Fischer received the lowest salary as chief of staff because she is Black. Sayegh has largely ignored their criticism.

“It’s a bias problem,” said councilman Luis Velez. “He’s not treating everyone fair across the board.”

“I’m not going to invoke the race card here,” said activist Ernest Rucker. “You got a Black person that came in here and they offered her less than what the job paid.”

Councilman Michael Jackson has repeatedly criticized Sayegh for allegedly mistreating Fischer. He has often mentioned race at public meetings to make his arguments.

Both Velez and Jackson are challenging Sayegh for the mayor’s seat.

Black voters overwhelmingly supported Sayegh in the 2018 mayoral election. He is seeking re-election in May.

“If this mayor does not immediately look at some of these issues very seriously, those numbers are going to go down — if not lose,” said Rucker.