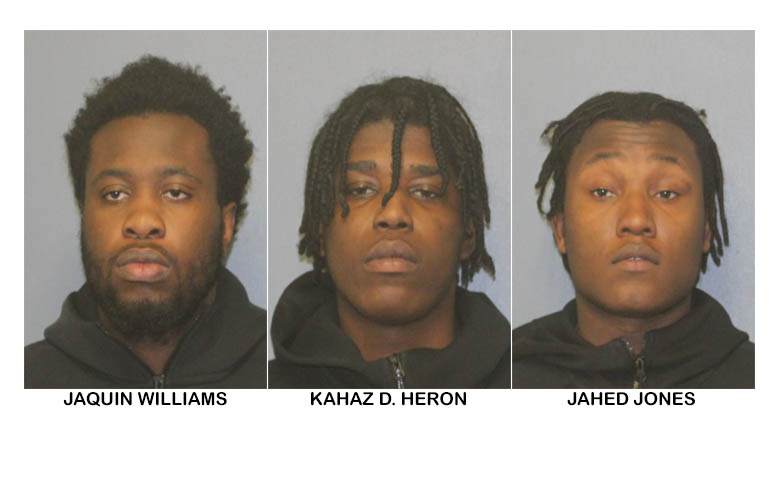 The police arrested three people for the murder of a teenager on Godwin Avenue, according to the Passaic County Prosecutor’s Office.

Jaquin Williams, 19, of Paterson; Kahaz D. Heron, 18 of Clifton; and Jahed Jones, of Paterson, were arrested on Thursday.

Williams, Heron, and Jones have been charged with murder and weapons offenses. They are allegedly responsible for the killing of 18-year-old Robert Cuadra outside of 130 Godwin Avenue.

Police found Cuadra lying on the sidewalk in front of the address suffering from a gunshot wound last Wednesday at around 6:30 p.m. He was taken to a hospital, but succumbed to his injuries and died.

Williams, Heron, and Jones took part in a shooting in the area that led to Cuadra’s death, authorities said.

Williams, Heron, and Jones are being held at the Passaic County Jail. They could face life in prison if convicted.