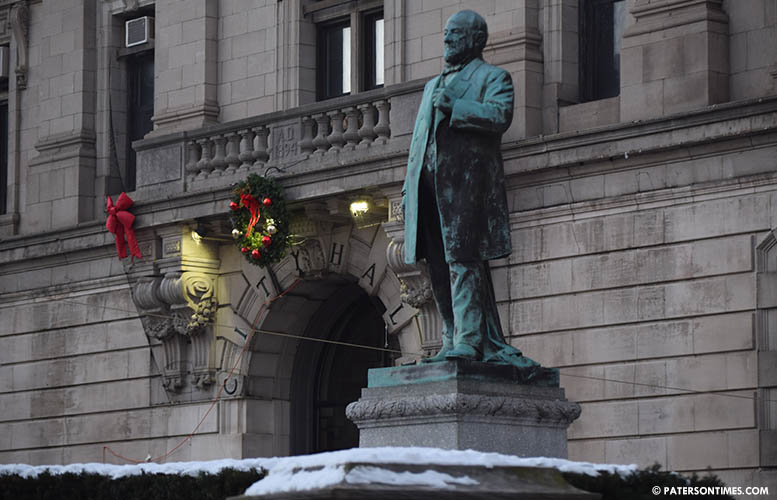 Council president Maritza Davila suggested using a portion of the $315,000 to improve the bathrooms at City Hall.

Councilman Luis Velez suggested using some of the same funds to fix the parking lots at the Board of Health and behind City Hall. Both are badly pockmarked, he said.

“If they fall in any of those parking lots it’s going to be more liability for us,” said Velez. He twisted his ankle at the City Hall parking lot, he said.

Multiple people have injured themselves at the Board of Health parking lot. Most recently, a woman fell and had to be taken the hospital via an ambulance.

Velez also wondered whether the $4 million will be paid via the sewer utility. Finance director Javier Silva said the debt service will be paid by sewer ratepayers.

Abdelaziz said $1 million is unlikely to be enough to repair the tennis courts at both big parks. Business administrator Kathleen Long said the city also applied for Passaic County grant funding for the Eastside Park repairs.

The City Council will initially consider whether to approve Sayegh’s latest borrowing measures on Tuesday night.