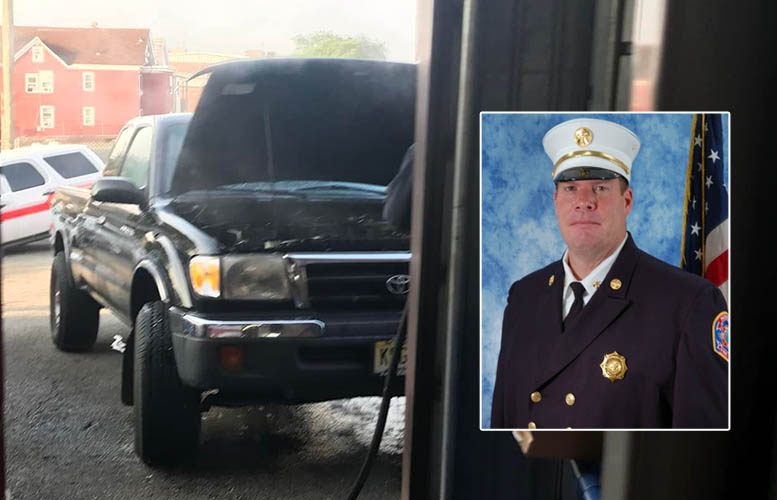 Fire chief Brian McDermott allegedly had his father’s car repaired at a fire department run garage, according to a series of claims made by councilman Michael Jackson. But mayor Andre Sayegh claims there was no wrongdoing by the fire chief.

“This is the highest paid employee of the city, who makes $260k a year, has a city supplied vehicle, yet has to have his fathers personal vehicle worked on at tax payers expense!” wrote Jackson in the social media post.

Jackson included images of a black Toyota Tacoma with license plates KSG-38F being worked on by a city employee.

Sayegh said his administration had an outside law firm investigate the allegations after getting a complaint on November 24, 2021.

“The investigation was completed on Jan. 12, and revealed no wrongdoing,” Sayegh told the Paterson Press, which first reported on the allegations. Outside law firm, Florio, Kenny, Raval, handled the investigation.

It’s not clear if the Sayegh administered alerted authorities to the allegations. Sayegh’s law director Aymen Aboushi gave an evasive answer to the Press. His predecessors have publicly stated, in some high-profile cases, when a matter has been referred to law enforcement.

Neither Sayegh nor McDermott responded to requests for comments on Tuesday morning.