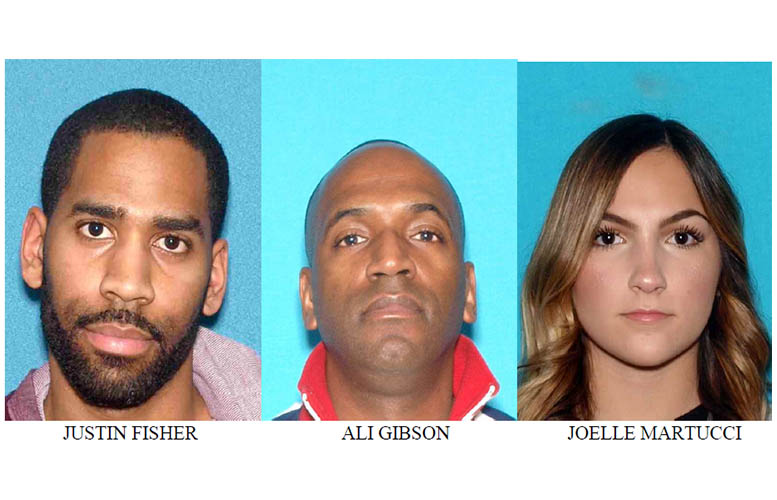 Three people from Totowa have been arrested for their alleged roles in the murder of a Paterson woman, according to the Passaic County Prosecutor’s Office.

Justin Fisher, 29; Ali Gibson, 51; and Joelle Martucci, 24, all of Totowa, have been charged with murder and conspiracy to commit murder for their roles in the killing of 38-year-old Stephanie DeJesus of Paterson.

DeJesus was found shot inside the trunk of a vehicle on James Street on February 25. Police initially believed the woman died from a gunshot injury, but the medical examiner later determined the death resulted from blunt force trauma.

Fisher, Gibson, and Martucci were involved in the murder, authorities said. Martucci was arrested at the police headquarters in Paterson on Monday.

The trio could face life in prison if convicted on the charges.