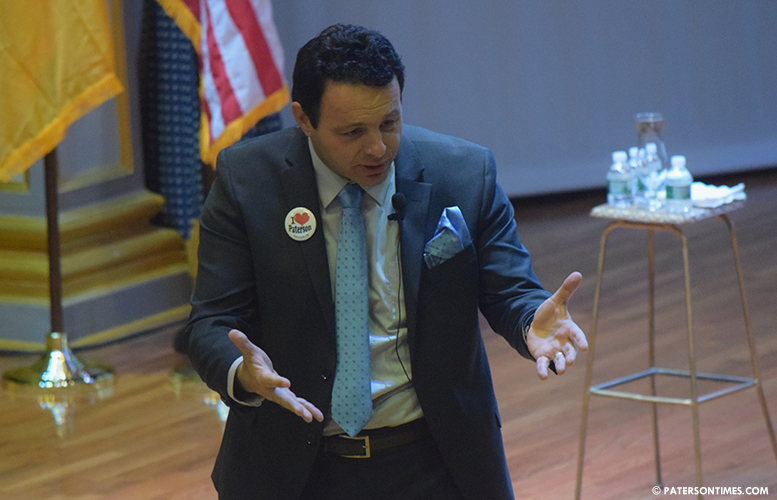 Sayegh’s law director Aymen Aboushi and the outside law firm — Florio, Kenny, and Raval – that conducted the investigation presented the findings to the City Council in a closed-door meeting last Tuesday.

Council members declined to publicly discuss the findings that were presented in a three-hour executive session that mostly focused on the fire chief’s investigation.

Several council members said the investigation was not thorough and did not conclusively clear the fire chief of wrongdoing.

“The whole report is BS,” said councilman Michael Jackson. “The guy did a very shoddy investigation. He didn’t interview all witnesses.”

Sources said the investigation report is less than 20 pages. Council members were each provided a copy of the report during the closed-door meeting that was later collected.

Sayegh initially failed to brief the entire council about the investigation. His law director only briefed the entire governing body after council members demanded to know the findings.

Sayegh has come out publicly and stated that the fire chief was cleared of any wrongdoing by the investigation.

The investigation began after images surfaced about the fire chief allegedly having his father’s vehicle repaired at a fire department-run garage.

Jackson last month made those images public in a social media post. Jackson included images of a black Toyota Tacoma with license plates KSG-38F being worked on by a city employee.

Sources said the report ostensibly cleared the fire chief of any wrongdoing by stating the mechanic who repaired the vehicle was off-duty at the time. He also used tools at the fire garage that may or may not have been owned by the city.

But the mechanic handled the repairs on a public property. Sayegh’s law director Aboushi told council members there’s no policy on the books about using public property to handle private work after an employee is off duty, according to multiple sources.

Aboushi is working on an ordinance to address the supposed lack of policy.

Jackson accused Sayegh of covering up for the fire chief.

“If you have nothing to hide, make it public,” said Jackson.

Velez said Sayegh is only making the situation worse for himself and for McDermott.

“Let’s get this over with. Now there’s rumors,” said Velez. He said rumors and speculations have filled the vacuum created by Sayegh’s decision not to make the report public. A rumor that has been circulating is that the fire chief has submitted his resignation letter, but that Sayegh has not accepted it. The fire chief said the rumor is false.

Sayegh has not responded to multiple calls for comments.

If the findings were so confidential why did Sayegh’s team not clear the council chambers of other attorneys that were present for unrelated matters? asked Velez. The law director usually clears the chambers of unrelated parties during closed-door meetings.

“They sat there and enjoyed the show all night,” said Velez.