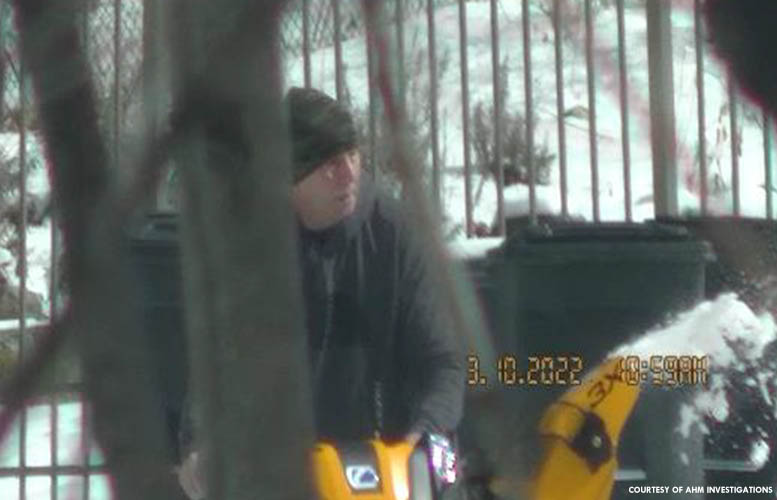 Former councilman Aslon Goow, who is running for mayor, may not be a resident of Paterson, a basic requirement to run for elected office, according to a private investigator’s report filed as part of a lawsuit funded by prominent developer Charles Florio, who is backing incumbent mayor Andre Sayegh, to disqualify Goow.

Goow vehemently denied the allegation that he does not reside in Paterson and lives in West Milford on Saturday morning.

Goow said he was plowing snow at his wife’s house in West Milford. He blasted Florio as a “really stupid guy.” He said Florio is carrying water for Sayegh.

Sources said Sayegh had knowledge of the private eye looking into Goow’s residency. Sayegh, whose four-year tenure has been marked by a series of failures from record breaking crime numbers, lack of basic services, and a failed Covid-19 response, is trying to eliminate rivals through underhanded maneuvers in hopes of winning a second term as mayor, political observers say.

The mayor’s office has been held by Hispanics and Blacks — the two biggest groups in the city — over the past two decades. Sayegh is neither Hispanic nor Black. He has no natural base of support. Closest thing to a base he has are the Muslims in the south and west – Goow is likely to take a big chunk of them. Goow, who joined the race late, quickly became a threat to the incumbent, according to Sayegh allies.

Florio said he is not carrying water for anybody. He began looking into Goow’s residency after the former councilman allegedly “bashed” him at a City Council meeting.

“When he says developers, he is referring to me,” said Florio. He reached out to Goow to express his displeasure at the remarks.

Both men were supposed to have a meeting that never happened. But then the next week Goow allegedly slammed him again at a City Council meeting.

“I never mentioned his name,” said Goow. “He has a guilty conscience.”

Florio, who gives tens of thousands of dollars to local nonprofit organizations, took offense at being called an “out-of-town developer” that is displacing tenants.

“This guy keeps wanting to pound out-of-town developers and he’s running to be an out-of-town mayor? Yes, you lived there for 50 years. Your family has been in Paterson. You got to be there now to run for mayor,” said Florio.

Florio has gone after others that have similarly slighted him in the past. For example, he took former school board member Pedro Rodriguez to court during the last mayoral election. Rodriguez had made similar as Goow at the time. He also had a Rodriguez ally, Ramon Joaquin, who ran for a City Council seat in the 5th Ward, surveilled that suggested Joaquin did not reside in the 5th Ward.

Private investigator, Harry Melber, conducted an investigation over a 12-day period, from March 9 through 22, that allegedly shows Goow living in West Milford.

“Our surveillance proves that Goow did not spend one overnight at his Paterson address which we did 24 hours a day,” said Melber on Saturday. “However, Goow was observed at his West Milford address overnight exiting in the morning to snow blow and departing in his vehicle from West Milford garage.”

Melber noted Goow did show up at the Edmund Avenue location a few times for about half an hour, but never stayed over night.

Melber is the same private investigator whose findings that then-mayor Jose “Joey” Torres was using public employees to renovate a private warehouse led to the latter’s conviction.

Goow sees Sayegh’s hands behind the investigation into his residency.

“It’s just amazing how relentless these guys are going to be. Andre is desperate. He’s got a problem,” said Goow.

Goow said there’s a “couple of polls” that allegedly showed Sayegh is not doing well.

“He should be neutral,” said Goow speaking of Florio. “If Andre loses those doors are not going to be so open for him. He’s going to have to get in line like everybody else.”

Florio said he had “no problem with Goow” until the former councilman bashed him at public meetings. He said Goow isn’t even mayor, and he is already threatening to retaliate against him.

Florio is funding the lawsuit filed on Friday by Haytham Younes, who unsuccessfully ran for public office and was cited for failing to file campaign finance reports. Younes’ lawsuit is seeking to remove Goow from the ballot. Such cases are tough to win. For example, a judge four years ago allowed police officer Alex Cruz to run for mayor despite evidence — his children attending public school elsewhere — that suggested he resided in Little Falls. Cruz claimed he lived in Paterson and presented rent receipts in court.