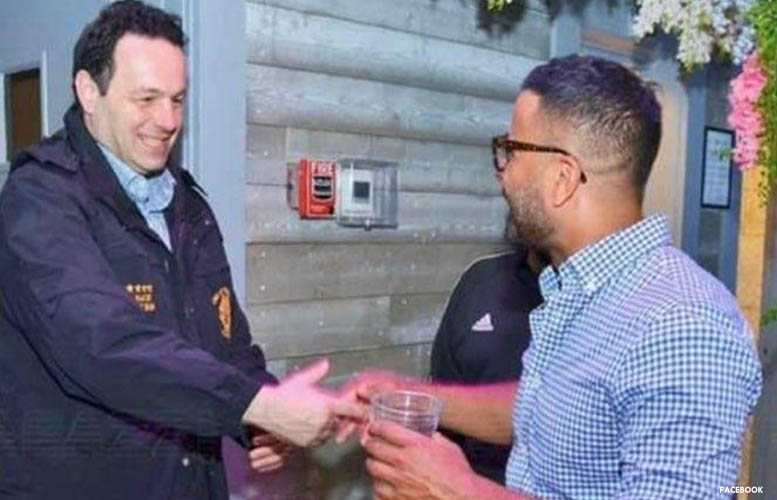 Mayor Andre Sayegh has been repeatedly giving shout-outs to a man multiple women have accused of sexual harassment.

Sayegh gave a shout-out to school board member Manny Martinez during his State of the City address on March 2.

“I acknowledged him because he’s an elected official,” said Sayegh when asked about the shout-out. “I don’t shout-out people.”

Sayegh seemed agitated and flustered at being asked about his Martinez shout-outs.

Sayegh mentioned both Martinez and school board member Emanuel Capers in the same sentence during his shout-out at the State of the City event.

No one has accused Capers of sexual harassment.

Capers was briefly suspended because of an ethics case that he is appealing. He pointed out an administrative law judge found he did not break any ethics rules

Sayegh gave another shout-out to Martinez during his campaign headquarters grand opening on March 12.

“Come on, give it up for Manny Martinez!” said Sayegh at the event. Several people began to chant “Manny! Manny!” to which Sayegh remarked, “We got the Manny chant going here.” He said Martinez has been a partner “in progress” while speaking of the renovation of the Hinchliffe Stadium.

It’s atypical for someone running for office to align themselves with a person accused of sexual harassment by multiple women.

It was widely reported in the local media on December 6, 2017 that Martinez allegedly made unwanted sexual advances and aggressive sexual comments at a substitute teacher at the Community Charter School of Paterson.

Sayegh would not say whether it was okay for him to appoint a man accused of sexual harassment to his transition team. These allegations have prevented Martinez from becoming president of the Board of Education in Paterson twice.

Both Sayegh (pictured, left) and Martinez (right) are registered Democrats. Both men have been longtime friends.