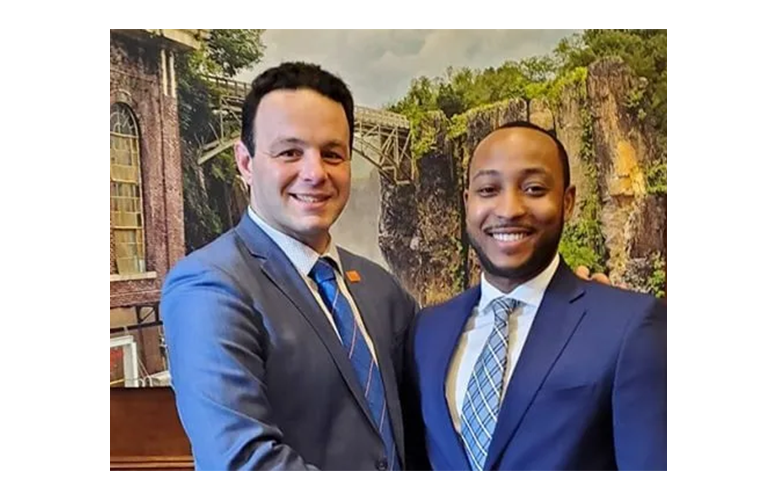 Osner Charles, the assistant economic development director, was suspended with pay for five days. His suspension term ends on Friday, according to sources.

An official said Charles was suspended because of absenteeism and performance issues.

Economic development director Michael Powell said he could not comment on a personnel matter.

Sources within the Economic Development Department said Powell and Charles had a falling-out that likely contributed to the suspension. Both men initially got along well, they said.

Shabazz-Charles resigned six months before her husband was hired by the Sayegh administration.

Charles’ hiring was questioned by some officials at the time.