‘Why did you run from me?’ Paterson police officer asks man after shooting him, bodycam video shows | Paterson Times 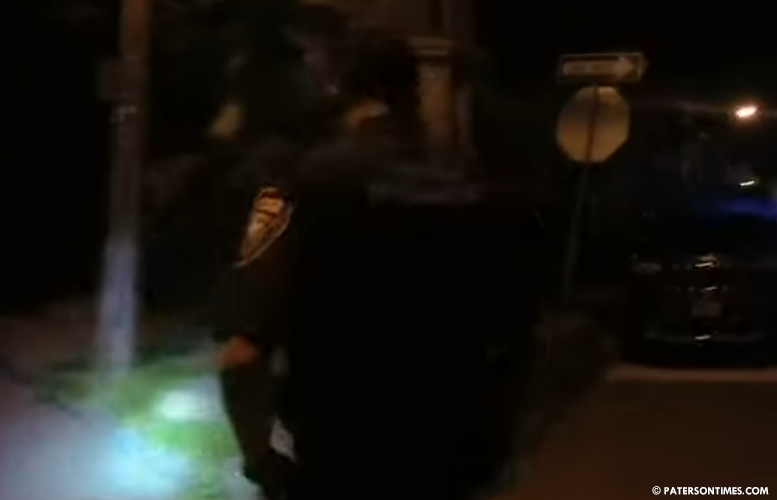 A body-worn camera video released by the Passaic County Prosecutor’s Office on Friday shows a man running and a police officer ordering him to drop his gun. But the man, Khalif Cooper, 28, of Paterson, continues to run and is shot by the officer.

“Why did you run from me?” asks police officer Jerry Moravek after Cooper is shot and on the ground. Cooper repeatedly tells Moravek he does not have a gun after being shot.

“I was scared. I don’t got no gun though,” Cooper tells Moravek.

Police said the incident happened on June 11, 2022 in the area of Garrison and John streets in Paterson.

Moravek arrived on Garrison Street on report of a noise complaint. He found a group of people on the street partying at around 3:20 a.m. He ordered the crowd to clear the area.

At the same time, two other police officers approached Dominique Capron, 28, of Paterson. Capron ran from the officers.

Capron dropped a handgun while running from police. He was arrested in a driveway on Garrison Street and charged with weapons offenses. Video shows a gun on the sidewalk and a police officer saying, “I got the weapon right here.”

Moravek is seen in the video rushing to the scene of the arrest to possibly assist the other officers. He hears multiple gunshots coming from the direction of Marion Street, less than a block from the scene, according to authorities.

Moravek calls out “shots fired” on the police radio. He runs towards Marion Street. Cooper runs in the other direction and passes Moravek.

Cooper continues to flee on Garrison Street towards John Street.

Moravek fired two shots. One struck Cooper in the lower back, authorities said. He then puts him in handcuffs.

An apparent distraught woman approaches Cooper and Moravek. “Why ya do this to him!” another woman is heard saying in the video. Other officers stop the women from getting to close to the wounded man on the ground.

Moravek, who has been a police officer for eight years in Paterson, is then seen running to other officers.

“I saw him with a handgun,” Moravek tells another officer.

“Did you get it?” Moravek asks another officer. “You saw him with a gun here.”

“You didn’t see him with a gun here?” asks Moravek. Moravek addresses the other officer as “Scott.”

“He was running from something. I don’t know. He must have dropped it somewhere,” replies the other officer.

Moravek, realizing maybe Cooper did not have a gun, remarks, “F—, bro. F—. F—.” But then, as he walks on Garrison Street, a gun is found.

“I got the gun,” says another person in the video.

“Yes, that’s the one I saw him with,” Moravek answers.

Authorities released the video and preliminary findings in accordance with the New Jersey Attorney General’s Office policies that were put in place in 2019. They said the investigation remains ongoing.