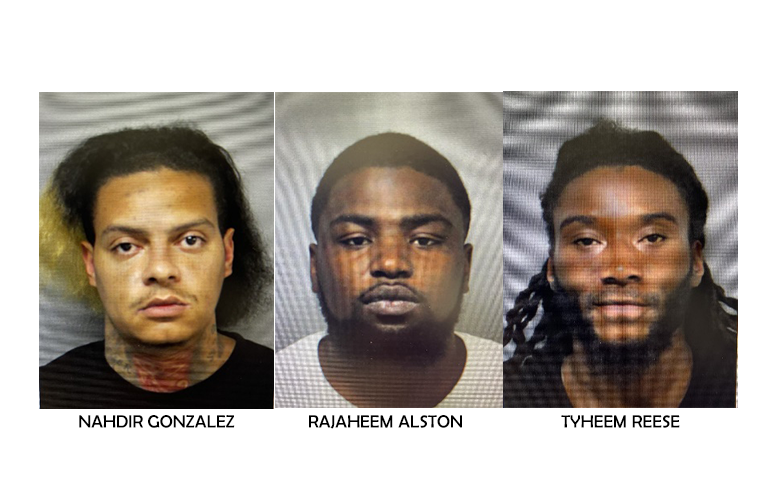 Three men were arrested on drug charges on Madison Street in Paterson, according to Passaic County Sheriff Richard Berdnik.

Rajaheem Alston, 26; Nahdir Gonzalez, 29; and Tyheem Reese, 30, all of Paterson, were charged with numerous drug offenses on Wednesday.

Detectives observed Gonzalez, who was sporting a blonde ponytail, black shirt and jeans, repeatedly entering and exiting a white Nissan Altima on Essex and Madison streets. He was observed walking up to Alston and Reese to conduct an alleged drug sale.

Gonzalez was pulled over outside 72 Madison Street. He had a bundle of heroin in his back left pocket. His vehicle yielded a brick of heroin stamped “Bases Loaded” in red ink.

Separately, Alston and Reese were arrested and searched.

Alston allegedly had 15 baggies of crack cocaine while Reese had 11 Ecstasy pills, 4 bundles of heroin stamped “Bases Loaded,” suggesting he purchased them from Gonzalez, and 8 vials of crack cocaine.