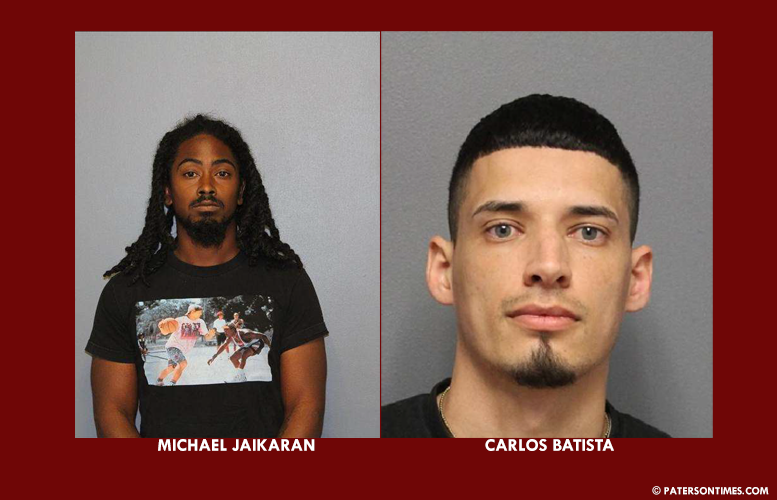 Two men were arrested in connection with a shooting that occurred on West Railway Avenue, according to the Passaic County Prosecutor’s Office.

Jaikaran was additionally charged with unlawful possession of a handgun.

Authorities said the charges against both men spring from an August 25 incident at West Railway Avenue and Goshen Street.

Three men, including Batista and Jaikaran, allegedly approached four men on the street at around 11:49 p.m. All three suspects were believed to be harmed with handguns.

The four individuals began to run from the suspects. The suspects fired shots at their direction, authorities said. The three suspects then dragged another person out of his vehicle and took his wallet and cellphone at gunpoint.

Authorities said five people flagged down a Paterson Police car in the area and related what had occurred. Police identified Batista and Jaikaran as the alleged actors after an investigation. They have yet to arrest the third suspect.

Batista and Jaikaran could face decades in prison if convicted. Prosecutors will file motion to keep them in jail until the case is resolved.