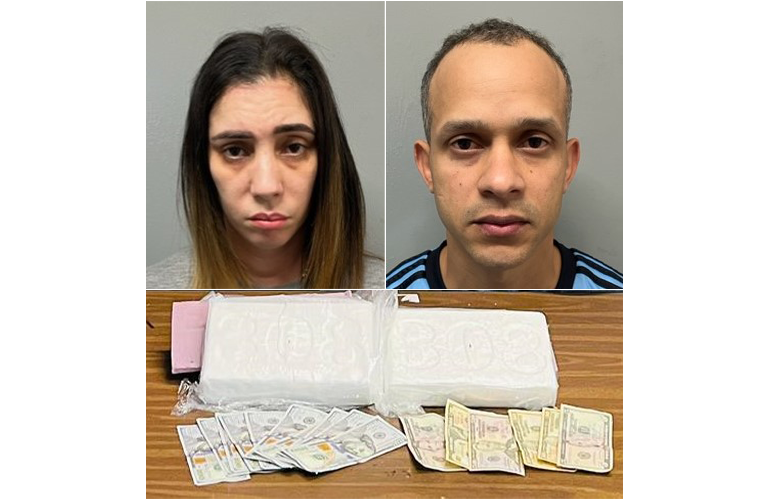 A drug investigation yielded two arrests and $200,000 worth of cocaine on Monday, according to Passaic County Sheriff Richard Berdnik.

Gisela Arroyo Valentin, 35, of Newark, and David Ventura, 39, of Paterson, were arrested in Paterson and charged with various drug offenses.

Valentin was additionally charged with endangering the welfare of two children.

Detectives set up surveillance at an unspecified location in Paterson using unmarked law enforcement vehicles at around 3:45 p.m. They observed Valentin in a black Honda Civic arrive in the area and double park.

Ventura, a person of interest to law enforcement, exited the vehicle from the front passenger side. He then entered a building while Valentin remained in the vehicle.

Moments later, Ventura came out of the building with a package containing four pounds of cocaine. As he walked towards the vehicle and just before he could open the front passenger side of the Honda Civic, detectives approached and put him under arrest.

Ventura allegedly told detectives he was aware of the contents within the package. He told them he picked up the package for Valentin for $1,000. Valentin’s coat pocket had $1,000 in cash, authorities said.

The drugs seized is worth $200,000 on the street, authorities said.

Valentin allegedly had two of her minor children in the vehicle while picking up the drugs.

Both were taken to the Passaic County Jail. They are being held pending a court appearance.