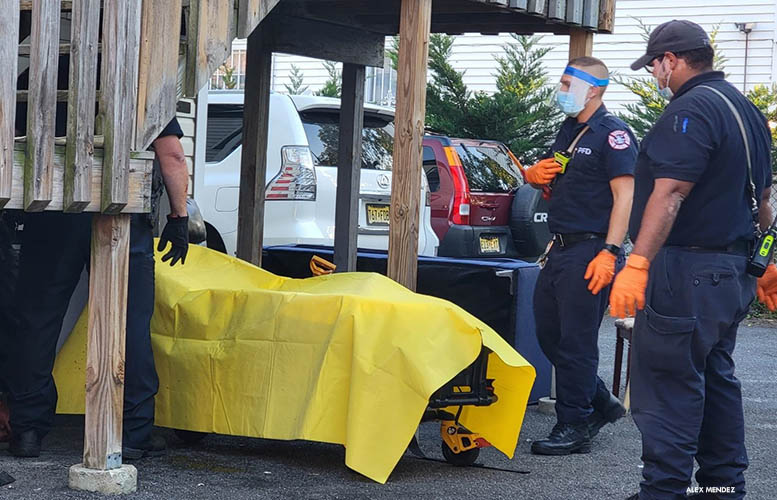 A state grand jury has declined to charge two Paterson police officers in a fatal encounter that occurred last year on Madison Avenue, according to the New Jersey Attorney General’s Office.

Sergeant Angelo Gencarelli and officer Rocco Galiano were cleared by the grand jury on November 14. Authorities said the grand jury reviewed evidence and heard testimony before granting a “no bill” in the case.

Investigators conducted interviews of witnesses, collection of forensic evidence, review of video footage, and autopsy results from the medical examiner in the death of 41-year-old Jose Gonzalez.

Gonzalez died from acute drug toxicity. His death was ruled as an accident by the Medical Examiner’s Office.

On October 2, 2021, Gonzalez, clad in pajamas, was allegedly jumping from roof top to roof top on Madison Avenue at around 5:30 p.m., according to two 911 calls. He allegedly broke a window to enter a home near 620 Madison Avenue.

Gencarelli and Galiano responded to the scene. They found Gonzalez lying on the ground with cuts and blood on his hands and arms outside 620 Madison Avenue.

A short time later, Gonzalez began “flailing his arms and speaking incoherently,” authorities said. He repeatedly hit himself in the chest and face, punched the exterior of the house, and then kicked backwards and opened the rear basement door, stumbling into the residence.

Gencarelli and Galiano removed him from the residence and put him in handcuffs to allow emergency medical responders to render aid. Gonzalez was taken to St. Joseph’s University Medical Center and pronounced dead at arrival.