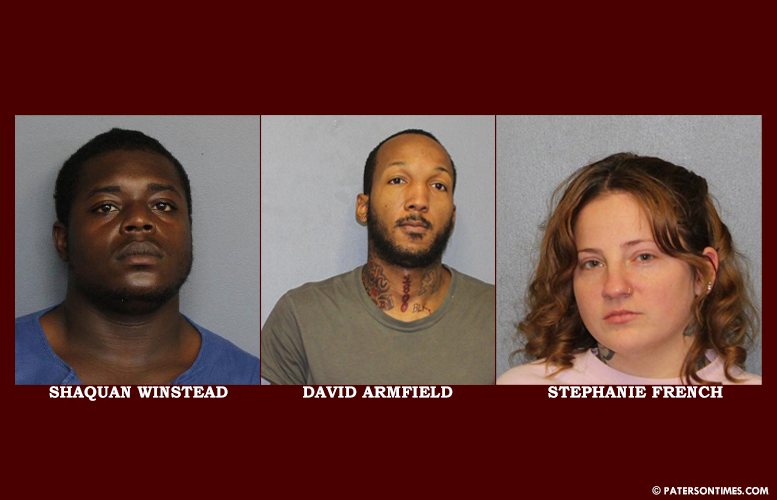 The police arrested three people for their alleged roles in a double shooting that led to a murder on Van Houten Street.

Shaquan Winstead, 28, of Paterson; David Armfield, 31, of Paterson; and Stephanie French, 26, of Totowa were arrested this month.

Winstead and Armfield were charged with murder, attempted murder, and gun offenses. French was charged with hindering apprehension.

Winstead was arrested in Virgina on January 10 and is pending extradition to New Jersey. Armfield and French were arrested on January 11.

Charges against the trio spring from an October 1, 2022 shooting on Van Houten and Summer streets.

At around 10:36 p.m., Winstead and Armfield allegedly took part in the shooting that lead to a woman and man being shot.

42-year-old Briheem Nero of Paterson died as a result of his injuries. A 49-year-old woman of Paterson was shot in the arm and survived.

Winstead and Armfield are behind bars while French was charged and released.