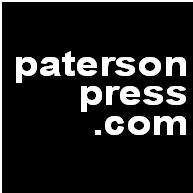 Last month Nick Clunn who was in charge of covering the city of Paterson for the Record, a Woodland Park based newspaper, turned in his press pass, ending his more than a decade job of covering the Silk City, according to his Twitter page. Clearly change was coming to how that newspaper covered the city.

Yesterday, the Citizens Campaign, the organization that backs the PatersonPress, a hyperlocal news site, released an announcement that read, “Starting on March 19, NJMG [North Jersey Media Group] will be publishing PatersonPress.com stories in The Record, Herald News,” effectively ending the two year run of that news website from the theAlternativePress.com, a town-by-town licensor of news publishing platforms.

Last year, something similar happened when, for two weeks all PatersonPress articles were pasted on the Record’s website, but that arrangement quickly came to naught.

The merger is understandable for the PatersonPress required funding; the Record required better coverage; and the North Jersey Media Group had to regain its monopoly on news information relevant to that city.

“The arrangement with North Jersey will help produce the revenue needed to allow us to continue,” according to Joe Malinconico, the prolific and indefatigable editor of PatersonPress. For the past couple of years PatersonPress was funding itself through a series of grants issued by various foundations, but from the merger with North Jersey, it appears some of it might have dried up.

North Jersey needs the PatersonPress to better cover the city because in the past it published a good many atrocious articles including a prematurely announced election result last year. The merger will certainly help towards that end.

In its announcement the Citizens Campaign wrote, “PatersonPress will remain an independent news organization,” which seems a bit unrealistic considering when a small organization merges with bigger organization it is often the case that the bigger simply swallows up the smaller without much consequence; and a few years later the smaller completely disappears leaving little or no sign of its existence. That is what is likely to happen with PatersonPress.

Not to be outdone with all the announcements theAlternativePress.com removed Mr Malinconico’s name from the header of the site and issued an announcement of its own that said,  “[it will] continue to operate its local news”, and “[it will be] expanding its coverage and offering even more ways for Paterson residents to access their local news”. It is difficult to say what that bit about expansion truly means, for Mr Malinconico provided a comprehensive coverage of just about everything in the city, and left very little un-covered.

Mr Malinconico, who will replace Mr Clunn in covering Paterson for the Record, will likely not have the same freedom for publishing his news as he once did with the theAlternativePress.com, but he will certainly receive more exposure online and offline. And funding.